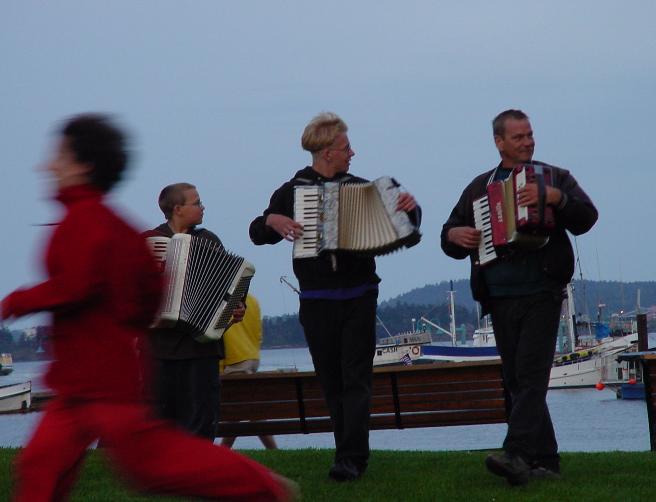 We worked for seven days in the studio and at the site to develop the work. Together we generated movement material, through blindfolded explorations, harvesting from single image scores, choreographic ideas stimulated by the environment, group feedback and working in small teams.

The site itself is a person-built tidal lagoon, built in the harbor area of Nanaimo on Vancouver Island in the eighties. It is surrounded by park area, a small beach and many concrete details; waterfalls, stairs, a bridge, and small walls that contain the lagoon which you can walk over and at high tide are covered by water.

The site had multiple possibilities for “stages” or viewing areas. We decided to work with dance that would move through and reveal different parts of the space rather than choose one “stage”. The audience would have opportunities to roam and be guided. We created an audience guide team. People were encouraged to follow the sound and verbal cues as they were lead around the lagoon in a circle experiencing the pieces of the piece from different perspectives, ending watching from the land as the performers danced, jumped into the water and created still images at the end of the floating dock in the evening light.

We were lucky to have someone in the role of a bridge person between the public and ourselves during rehearsals. This role was played by Bonnie and Krsyta who gave out flyers and answered peoples questions. We could always send someone to them if we didn’t want to talk as many of the locals of nainamo had no hesitancy in coming up to us in the middle of our dancing and asking us what we were doing. Such a different response to working in a big city where people generally make assumptions about what we are doing or are indifferent or just want to ignore what is happening.

There are many local buskers who play music around the lagoon. We eventually decided to ask one family, a father and three sons, of accordion players to join us in our performance. Some members of our audience were not sure if this choice was intentional or not. For us it was a very delightful moment in the piece. They initially appeared playing in a space between the evergreens and the grassy knolls and walked towards the dancers who danced at the top of their cherry trees, while others, in the water garden pools, splashed water out into the lagoon, catching the light of the setting sunlight. As they come closer a series humorous duets began on the park benches resulting in all the dancers disappearing behind the trees from where the musicians had appeared.

“The discipline, concentration and intimate relationship with other dancers and elements was an honor to witness.” – audience member Debora 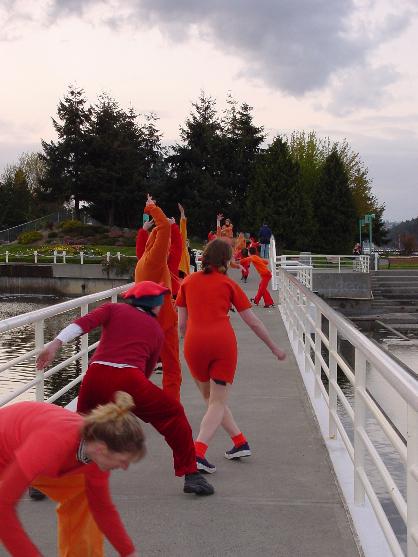 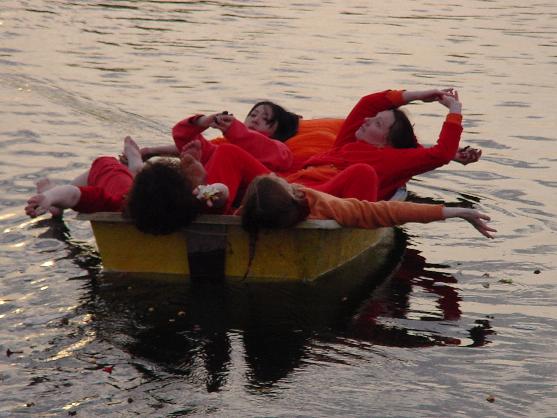 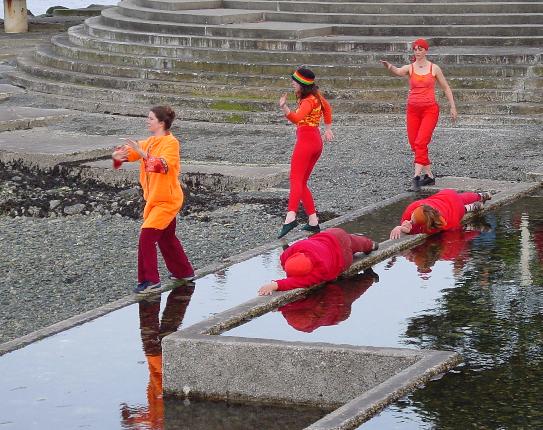 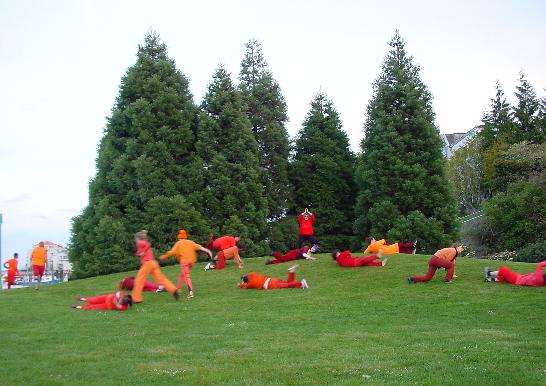 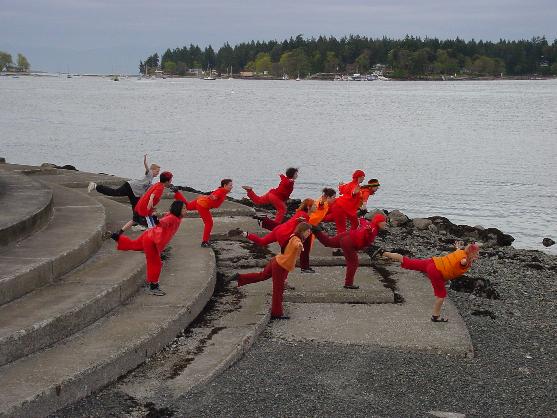 This event was sponsored by The Crimson Coast Dance Society, The City of Nanaimo, The Province of British Columbia through the B.C. Arts Council, and The Vancovuer Foundation. It was created with the assistance of: The Best Western Dorchester Hotel, The Coastal Community Credit Unions , Harbour Dancentre, and Blue Coyote Design.