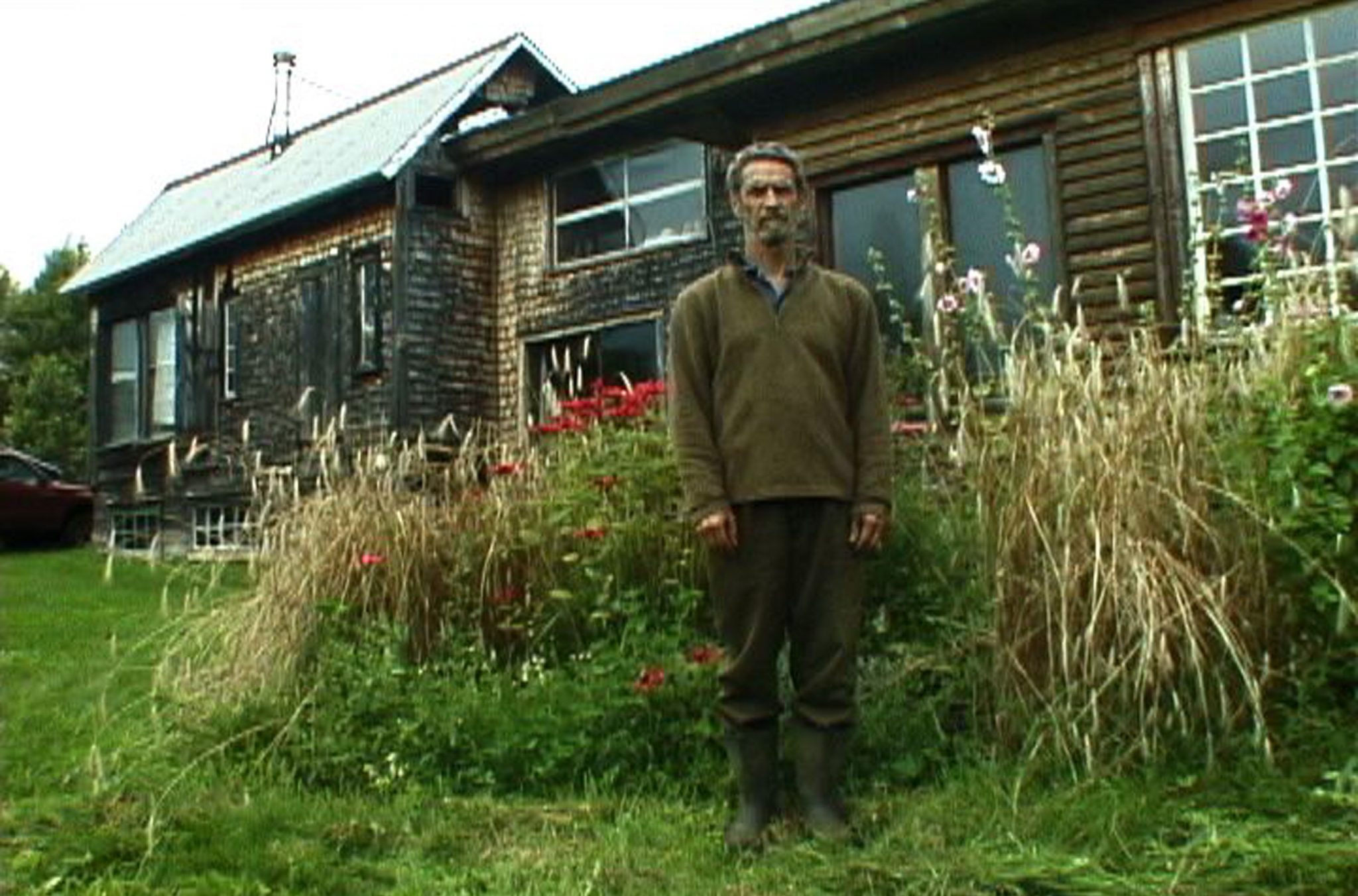 A film with Steve Paxton dancing his small dance.

“Relax deep into the cone of the eye socket. Imagine a line that runs between the ears. That’s where the skull rests. Make the motion, very small, for “Yes.” This rocks the skull on the top vertebrae, the atlas. You have to intuit the bones. Like a donut. The sensation around it defines it. Do the motion for “No.” Between these two motions you can determine the length of the vertebrae.

“… Ballooning of the lungs. Breathe from the bottom of the lung up to the clavicle. Can you expand the ribs out and up and back easily? Defining the diaphragm in terms of sensation. Bottom of the lung. Two domes of muscle. So with each breath you’re massaging the intestine… What the diaphragm is doing is a signal to the rest of the body. Sky above, earth below…

“The head in this work is a limb. It has mass. Mass may be the single most important sensation. The feeling of gravity. Continuing to perceive mass and gravity as you stand. Tension in the muscle masks the sensation of gravity…

“You’ve been swimming in gravity since the day you were born. Every cell knows where down is. Easily forgotten. Your mass and the earth’s mass calling to each other…”

The beginning of Steve Paxton’s description of attention to the Small Dance. Originally from Contact Quarterly, Volume 11, No. 1, Winter 1986; reprinted in CQ’s Contact Improvisation Sourcebook, Volume 1, 1997.