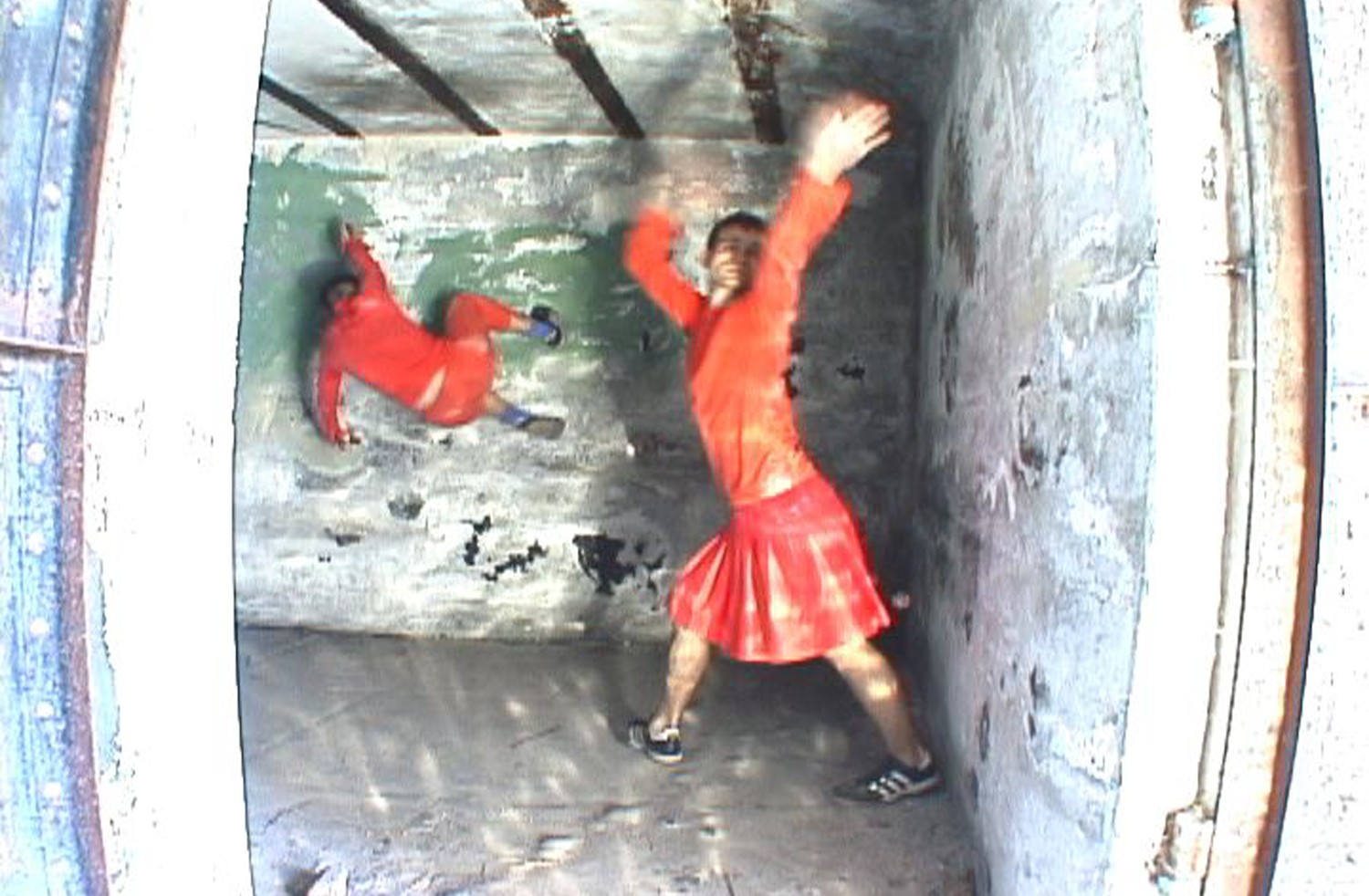 In ROOM, the kinesthetic play of light, sound and movement reveal the beauty of a room in an abandoned military bunker. Engaging our senses, perceptions and the cartography of our bodies we investigate the physiology of the world around us, using place as a medium to make art.Created as part  three week residency at Centrum, Fort Worden, Port Townsend, Washington, to focus on the development of our environmental dance video work.ROOM was funded in part by Forecast Public Artworks and Centrum and highly commended in the experimental film catergory at the Kerry Film Festival, ireland in 2003.