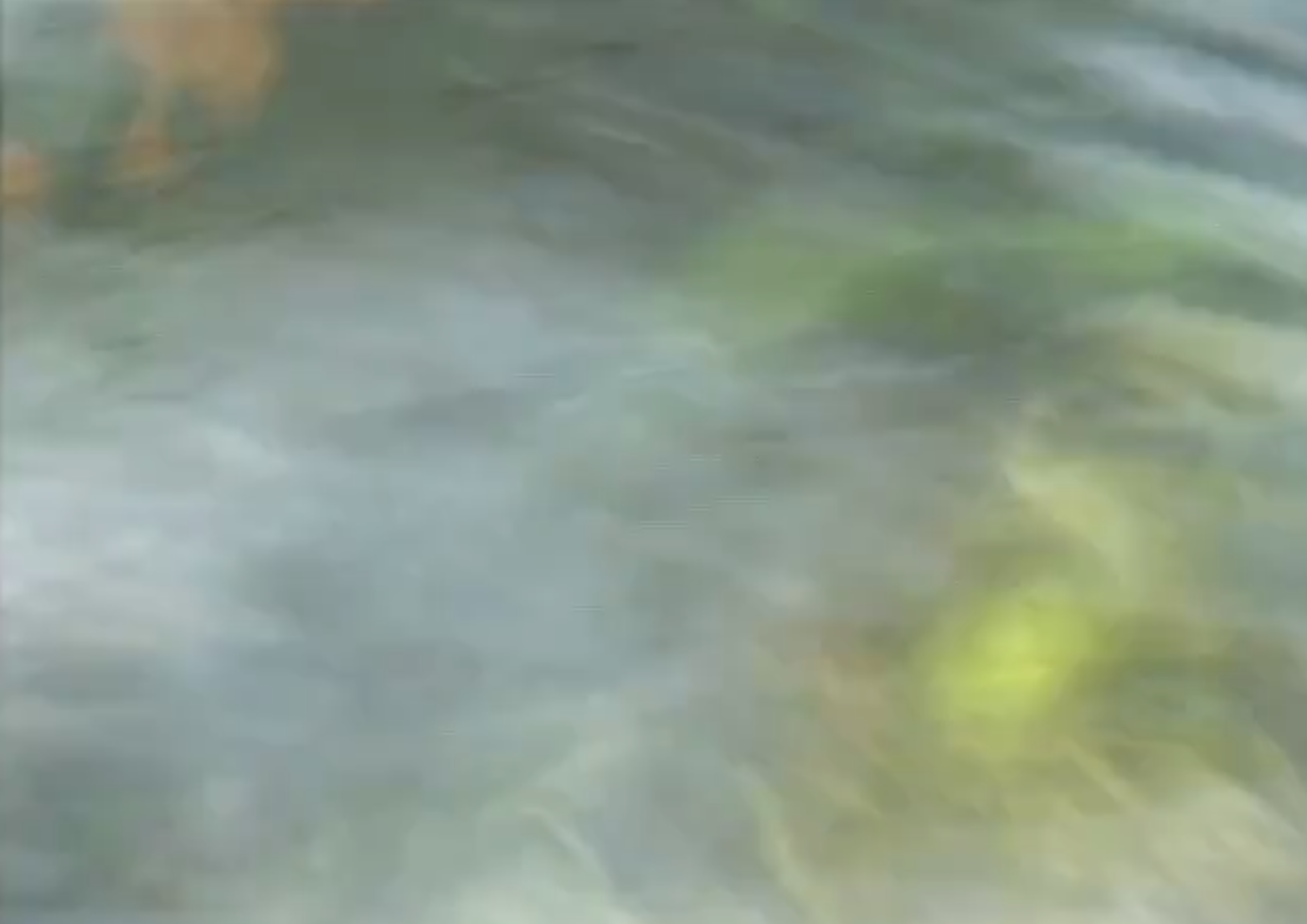 Commissioned by Winona State University, choreographed by Otto Ramstad and Olive Bieringa and performed by seven dancers including Wynne Fricke and musician David Echelard using voice, harmonica, and hurdy gurdy and a film which played as the river across the back surface of the theatre. Images of Winona and the Mississippi became a blurred wall of color streaming in the same direction as the Mississippi from north to south. A structured improvisational work of bold movement, sound and color.

“there was no electric power when i started the piece.
i checked my power, it was on.
I checked the switch on the mike, it was on.
I remember so carefully checking the connections prior to the start and knew it wasn’t me.
I sang and waited for sound.
I wailed, breathed and sang, for a new song to began, as well a whole new piece arose.
the dancers really awoke.
there was real contact.
they realized that something had changed. (thank god)
I went into unconscious mode thought about Frog Slew and how I had grown up there, saw the bluffs, river, duckweed, and then went on to sing in tongues or something about riding my bike on the dike road. I even came back from Paris.
It was so soft and dynamically fun to play.
Ken Really responded.
Wynn was with me and was smiling and alive.
I went out with the dancers on the stage.
went off to the side where the cast of 1000’s awaited.
I was huffing and puffing my bump bump biddle um and waved at them to come in .
got into my favorite duckweed jam, then had a spell of wavey river water reflections to jam by my myself to, and off to the ending pose.
it was a real rush.
I really felt and knew I was alive.
it proved again that performance is for the moment, right now.
it reminded me of survival mode of being one with my senses, having an open mind and not being judgmental.
being alive for the moment.
I took risks, I steeped out on limbs.
I went places that I thought i couldÊ wander
its like a dance spirit that moves through you when you dance, but its music that flows from inside out.
A worthwhile buzz.”