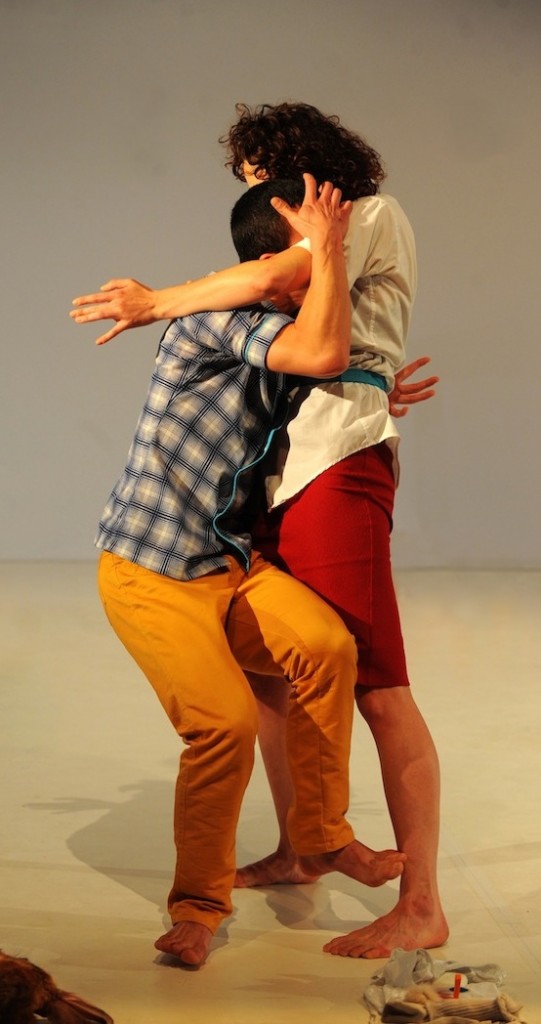 The theater is a very specific context into which the outside world leaks. The action of the performance literally begins outside its frame and falls into it. Outside the theater the audience experiences a person, at once pedestrian and animal, moving directly amongst them. Are they one of the audience? Are they other? Individuals experience kinesthetic empathy with her as she dances next to them, they choose to move toward or away from her. As she and the audience enter the theater the other performers embody the social construct of the audience in which they can see their own behavior reflected, which eventually morphs into something far more askew and gently disturbing. After thirty minutes the action eventually escapes from the theaters white box to disappear into the larger world.

Note: The piece utilizes 4 channel surround sound that cannot be experienced in the video.