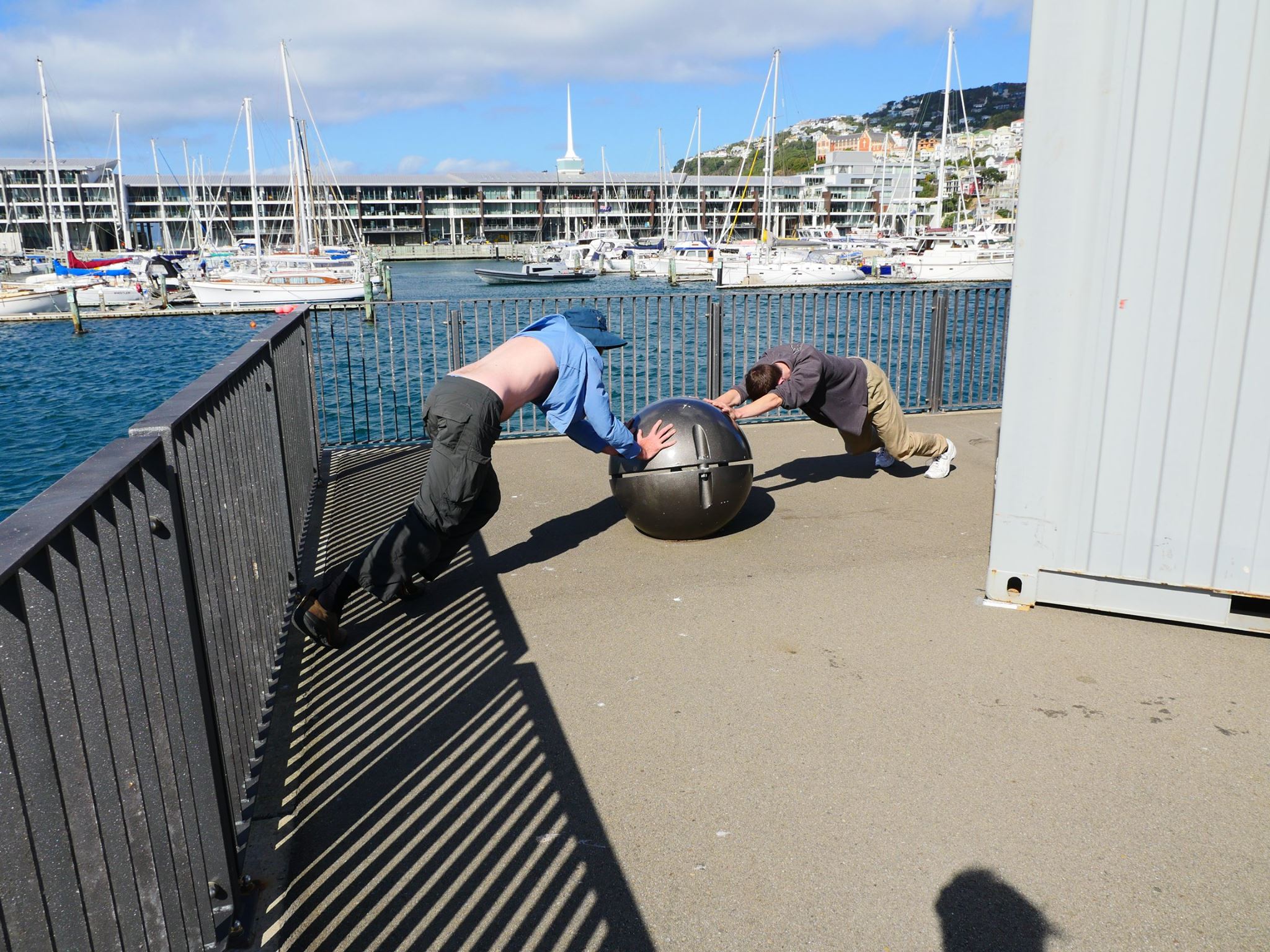 It’s tricky, with arts festivals. The acts you heard of are mostly pretty expensive (and for good reason -they’ve come from overseas, or they’re expensive to produce for one reason or another). Add a low budget and extra-being-from-out-of-town-ignorance to the equation, and you’ve got some really tough deciding to do (ah, first world problems, don’t you love ’em?).

So, we sat with the programme, over a number of sessions, as we got closer to Wellington from Dunedin. Trying to choose a few things, and something that would work for the kids (10 and 12) too. It was a few stabs in the dark. Like gambling, you just never know when you’r going to get lucky and find something really amazing. Maybe.

And then, we were walking along the waterfront, close to the muscly rampy bulk of Te Papa. Poking our noses into The Performance Arcade’s containers down there. And there was this little one, just a desk and a beanbag and a clipboard and some calm friendly fit -looking people hanging out. We asked and were told we’d have a dance designed for us; 15 minutes, and we could follow a dancer as close or as far away as we chose.

For some reason, I hesitated. What was it? Too… public? I feared being made to do something, perhaps. Anyway, Tracy and Mila were the brave ones first, and I watched:

…and I saw that this was totally optional; I could just watch my dancer, or join in as much or as little as I liked. So I signed up.

I met my dancer, Adam, and he began to dance. And we entered this process together: sometimes I simply stood by, attached only by a line of sight. Sometimes he invited me with a movement, a gesture, to join him. I struggled with my anxiety about ‘getting it right’, and mostly overcame it. I struggled with feeling watched, and with feeling ignored (looking around no-one was looking! So I reminded myself of who this was for -just me and Adam). And I let go of these worries, and we simply made this thing together.

That was the key to this artwork: simplicity. I realised this was the answer to the frustration I often feel when watching dance (or any performance, really); I want to respond with my whole body, not just by clapping at the end. Here, I could. I could make offers, and have them accepted, built on, returned anew. It was intimate and fun and beautiful.

Afterwards, I felt exhilarated. This was by far one of the best pieces of public art I have ever had the privilege to experience. It reminded me of descriptions of work by Tino Sehgal that I’ve read in the New Yorker -read, and pined for. Longed to have access to, or even to make myself. Sehgal started out as a dancer, but was frustrated by the marginalisation of dance to dance -specific spaces. So he brought it into art galleries, with interactive experiences. It sounds like great stuff, but it often involves long training sessions of teams of volunteers. Here in Wellington, the Bodycartography team made something so simple, so accessible, and so creative that I think they deserve some kind of medal, an award. A prize. Certainly, they get my prize for Best Public Art I’ve Seen.