Twisting the night away: Welcome to

Twisting the night away: Welcome to “Holiday House”

Then the man extraordinarily drops to the ground — belly first — and starts swaying to and fro like a human seesaw. Two others join him in a spontaneous backyard calisthenics routine that makes even the most strenuous yoga look like what a preschool teacher would call “crisscross apple sauce.”

Well-timed to reflect the surrealism of our own holiday exercises, “Holiday House” screens in Minneapolis twice this month. It will air on TPT-17 first as part of the phenomenal local-film showcase called “MNTV” (10 p.m., Saturday, Jan. 5). Then it will be shown at Bryant-Lake Bowl (7 p.m., Sunday, Jan. 13) in a program that includes three other shorts by the physically and intellectually limber dance-film collective known as The BodyCartography Project.

Led by widely renowned artists Olive Bieringa and Otto Ramstad, the project has spent a decade acrobatically stretching the definitions of dance and film. “Holiday House,” shot 2 & 1/2 years ago at the couple’s home in the Powderhorn neighborhood, evolved from a 14-minute film into a stage work at the Southern Theatre and then, last fall, into a literal standing-room only show at their house.

Bringing it all back home, “MNTV” invites “Holiday House” to set up in our own living rooms, where it stands to make domesticity feel like a trip of the psychedelic sort. Bieringa and Ramstad brilliantly treat the camera as another pirouetting member of the troupe, tracking the action from one house into the alley and by car to another. With fellow dancers Morgan Thorson, Kristin Van Loon and Karen Sherman casting long shadows and acting almost supernaturally possessed by the camera, “Holiday House” occasionally seems to carry a horror-movie vibe — as if an experimental Maya Deren film had been spooked by “The Evil Dead.”

“On holiday, the normal sequence of time unravels,” reads the project’s synopsis of a film that otherwise defies description. “Regular activities, chores and spatial awareness of ordinary places are deconstructed or completely altered… Reality shifts.”

“MNTV” coordinator Lu Lippold — an IFP Minnesota (Independent Feature Project) staffer who co-directed the documentary “Wellstone!” in 2004 — has issued a reminder to local filmmakers that the deadline for submissions to the next installment of the annual program is just three months away.

The series, co-produced by IFP along with TPT, Walker Art Center and Intermedia Arts, and funded by a grant from the Jerome Foundation, has never lacked for exceptional work over the years. Indeed, spread over three hour-long installments, the first two of which aired last month, the latest “MNTV” batch includes 15 shorts of startling quality and range.

“Hoilday House,” however, is in a class by itself as the sort of gift that comes not once a year but rarely.

Parents in the arts

Are you an artist and a parent? Are you thinking of having children and want more information about support, structures and practical experiences from other artists?

This seminar shares recent data from our study on being ‘Parents in art’ in Norway, research from movement artist Katelyn Skelley as well as info and debate with the organization Balance Art. Ilse Ghekiere and Olive Bieringa from PRAXIS Oslo facilitate the day with time for physical exercise and exchange of practical experiences. Learn more 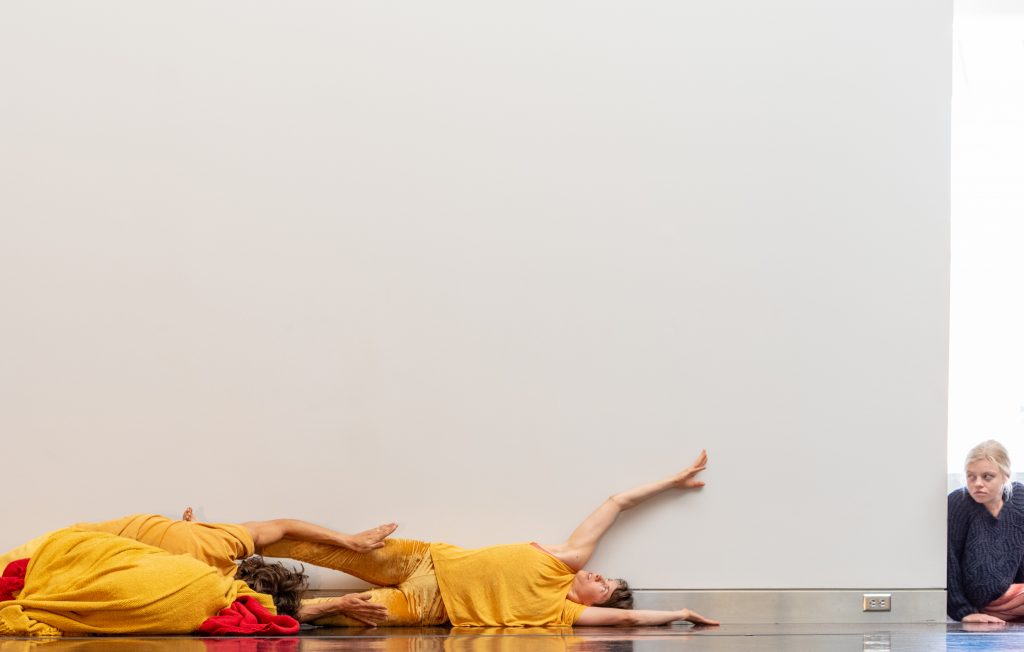