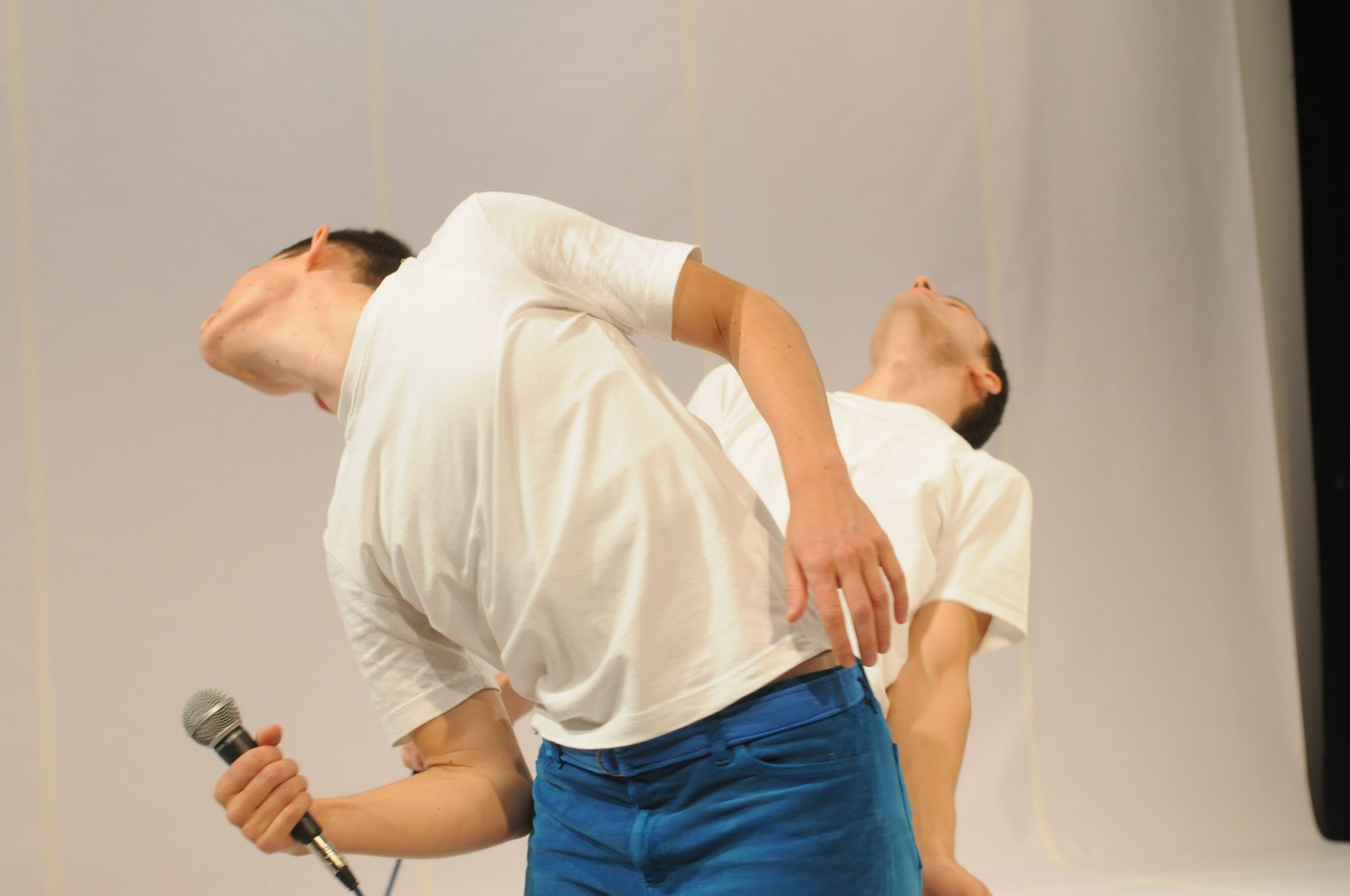 In general I will try for a little more advanced warning, I promise, but just in case anyone reading this is here in town now and wondering what to do this weekend, I saw a very, very beautiful show last night and I think you should go check it out.

The company is called Body Cartography and they’re presenting a show called Symptom at a little theater in SoMa called CounterPulse. I have some sense that the moment I tell you that it’s minimalist contemporary dance, I’ll lose everyone’s attention, and, let me be honest, for the first 10 or 15 minutes of last night’s show, realizing that that was the genre of performance I had come out for, I, too, was crawling around in my seat, wondering how to survive an hour. And then something shifted and I realized that I was in the room with people who could justify the form.

Anything that becomes a recognizable genre, and then turns into a horrid mess of mediocre cliché, came into being because someone made a beautiful innovation. Can we agree on that? Re-listening to Pearl Jam lately, I find myself stunned by Eddie Vedder’s haunting passion, and yet I shunned him for years because groups like Matchbox 20 and Nickelback convinced me that emotive male front men were a puddle of saccharine slime and that fond memories of, say, Yellowledbetter were just adolescent folly.

Back to Body Cartography. There is a man named Otto who, should you take the leap and go see this work, will show you the pinnacle of what’s possible in the form he’s working in. It’s so rare to see a master of anything, mostly we only get the imitations. It might still not be your thing, the way some of you might listen to a Pearl Jam song, acknowledge its merit and then fall back into the arms of Bach or Kanye or something, but if I’ve piqued your curiosity even a little bit, go check it out. I think you won’t be disappointed.