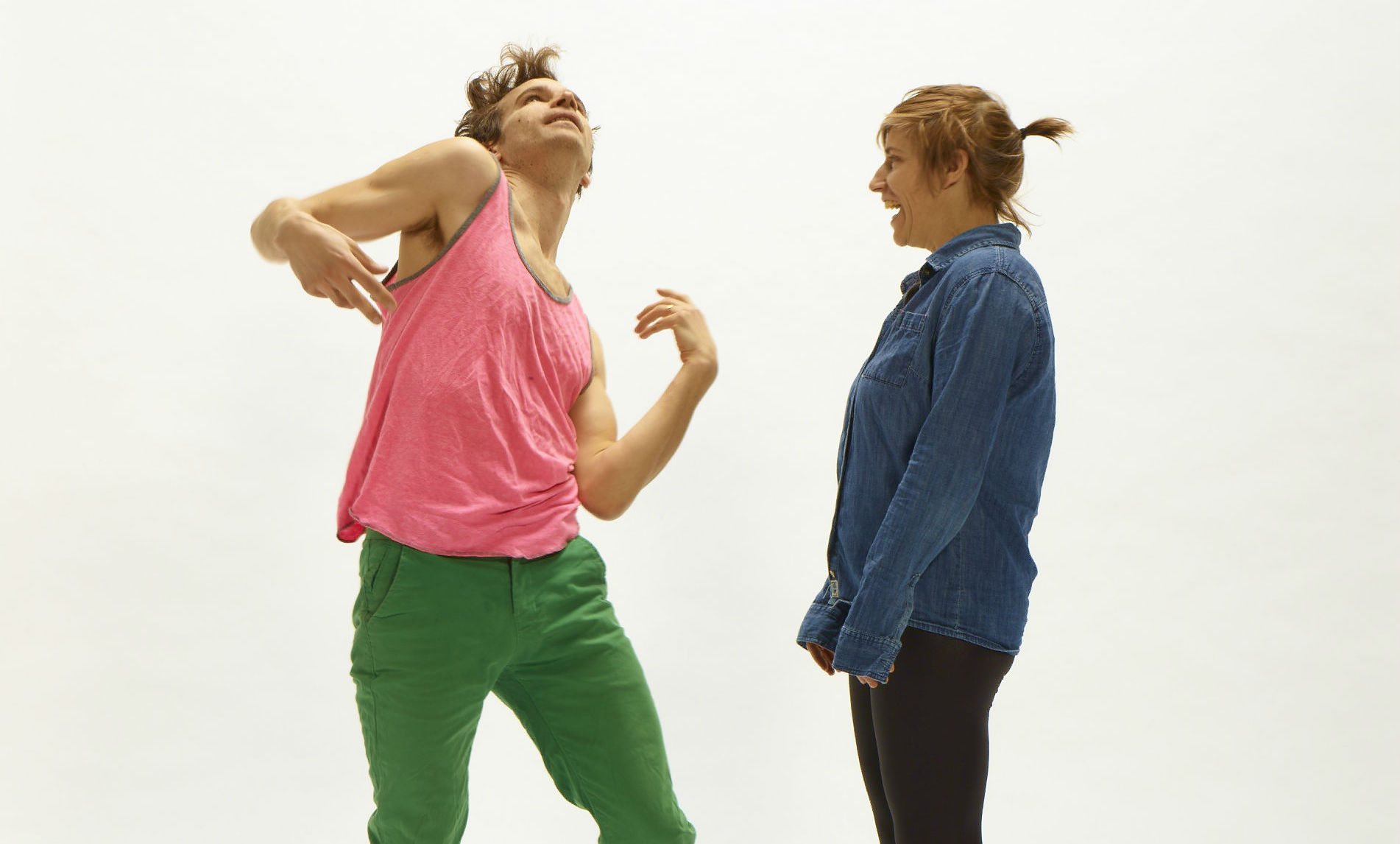 Developed by the Minneapolis-based creative duo of Olive Bieringa and Otto Ramstad, closer is like nothing so much as an interesting but sometimes awkward first date.

The idea is this: an audience and dancer come together for a one-on-one performance in a public setting—a nearby park, a municipal building, an abandoned industrial plant. You could just as easily wind up watching someone tumble across a grassy knoll as dangle from the wrought-iron beams of an old factory building. All you know for sure is that whatever happens will never happen the same way twice.

In that sense, closer often fills you with anxious anticipation—at least, when it’s not causing you weird, uncomfortable moments of self-awareness. Most of the time (and this is intentional) closer links two strangers together while unwitting strangers look on. The line blurs between personal and impersonal, staged and improvised performance.
closer comes packaged in two ways: “solo” and “group.” For the past week or so, at the Chicago Cultural Center, Hamlin Park, and other public locales, it’s been one solo after another as part of the fourth annual SpinOff Festival. The group portion culminates the show this weekend with “an expansive performance experience” followed by a dance party with music by DJ Jake Pickel and DJ Intel—perhaps the best opportunity to get to know your “dates” a little better than before.