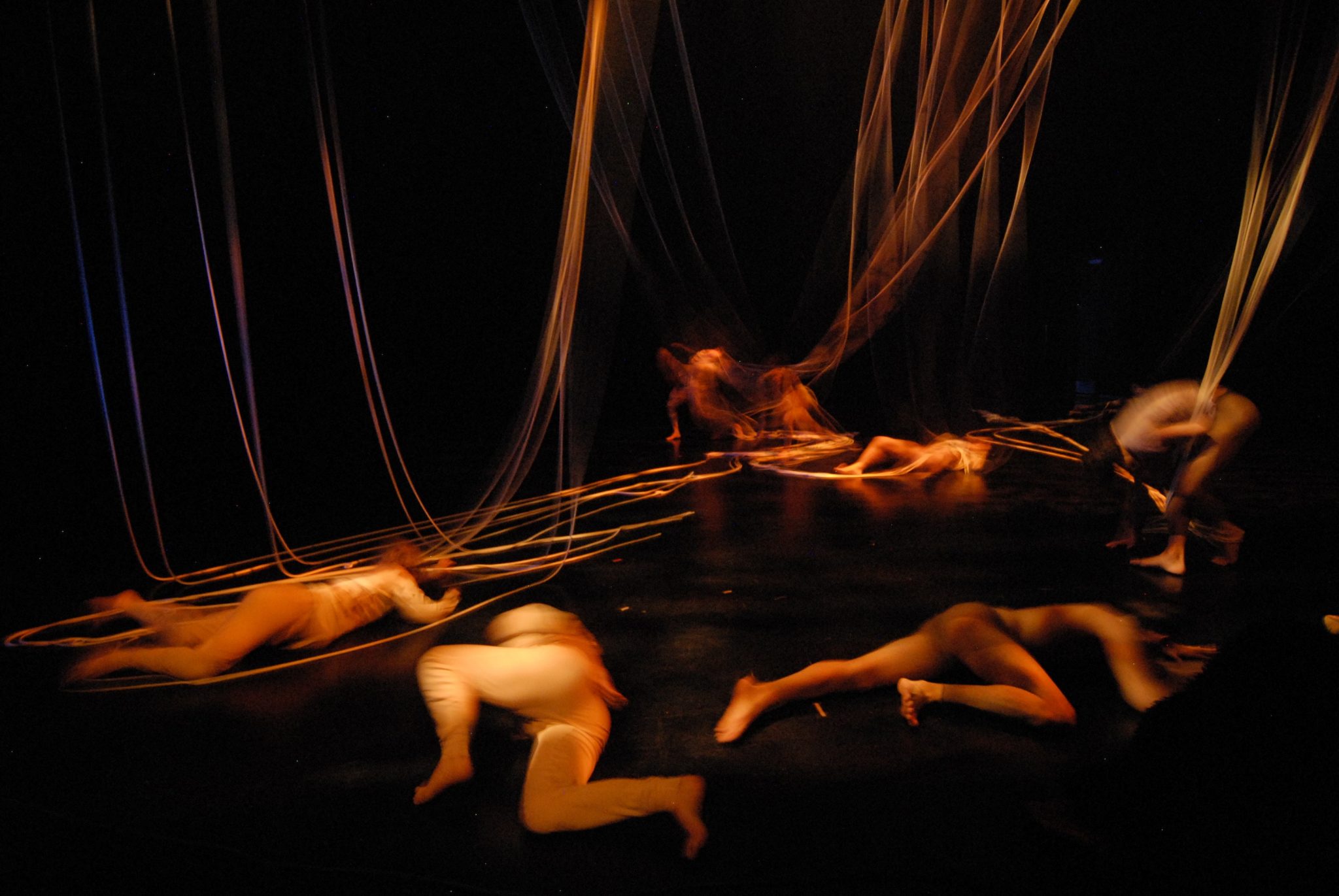 The Animal Human: A SpeakEasy for BodyCartography Project

Home » The Animal Human: A SpeakEasy for BodyCartography Project

A SpeakEasy is an informal audience discussion facilitated by a Walker tour guide and a local performer or choreographer.  Today’s edition highlights themes shared during a conversation on Saturday, October 27,  about  BodyCartography Project’s Super Nature.

Described with roots akin to “a documentary on the Animal Channel … about humans,” BodyCartography Project’s Super Nature takes the audience from an extended exploration of interpersonal awkwardness to a primordial forest. Emerging from the mist, audience members gathered in the Walker’s balcony bar for a SpeakEasy conversation facilitated by Walker tour guide Mary Dew and choreographer Rosy Simas. Themes from that discussion are highlighted in this blog and additional interpretations, questions, and musings are invited in the comments section below.

During the first half of Super Nature, performers surged, fell, undulated, posed, stumbled, and regained their footing only to collapse upon themselves. Peculiar nuzzling shifted to become inappropriate and slightly sinister, only to return to its original awkward state. Working against the grain of the pretty or virtuosic,Super Nature invited audiences to marinate in discomfort, the performers pushing themselves into the territory of the physically and aesthetically ungainly. The emotional impact of this action was raised, and audience members commented on a sense of disquiet, a feeling of being alienated within one’s own body, and a disconnect between the propriety of the costuming and the intimate invasiveness of the partnering. This unease was heightened for some at a visceral level early on as performers punctuated movements with continuous short, shallow exhalations. Expressed responses of physical anxiety, or the impetus to mimic, are perhaps instances of the kinesthetic empathy between performer and spectator which has been an area of exploration for the Body Cartography Project in recent years.

Midway through the performance, the bright colors of animalistic dancers in retro apparel transformed into the subdued tones of a forest wrapped in fog. Partially nude performers hidden by branches became a slowly moving grove of trees, setting a scene described by one audience member as a “dream forest.” Alongside this costume change to partial nudity and animal prints, there seemed to some to be an alleviation of anxiety as the performers shifted from awkward individuals into a primal pack.

Through carefully chosen angles, nudity was seen to highlight the musculature of the human body as well as presenting vulnerability and the removal of another set of social boundaries. Exploring the human animal in its society and settings turned to investigating the biology of this being, as a papaya projected onto the torso of a performer became viscera probed by curious fingers.  This study of the body’s systems brought out the choreographers’ involvement with Body Mind Centering, an experiential study of the physical body in its relationship to consciousness.  Describing this influence, Walker Art Center Assistant Curator for the Performing Arts Michèle Steinwald wrote of the simultaneous attention to “the micro (the body) and the macro (the community)” which enables performers to both ground themselves and to connect with audiences through sympathetic physical responses and recognitions.

Multiple connections arose between Super Nature and visual art, from moments of contorted statuesque stillness to a comparison between dance and abstract painting, wherein viewers are invited to create their own interpretations or narratives.  The set design of simple ropes strung diagonally across the stage enhanced the depth of the space and, when manipulated, became an array of associations, the bars of a zoo, sinewy umbilical chords, a net ensnaring the performers, the facia of a great organism, and a representation of the communal interconnectivity of individuals. One participant likened watching abstract dance to developing an interest in experimental music; first there is noise, but as one learns what to listen for and how to hear, there arise points to grab onto and a deeper experience develops. In this sense, we are offered a Rorschach test, a chance to open ourselves to see what we will and to explore that experience. As  our post-performance discussion progressed, a distinction arose between the initial question of “What are you supposed to take home?” to the more personal reflection “What are you taking home?”