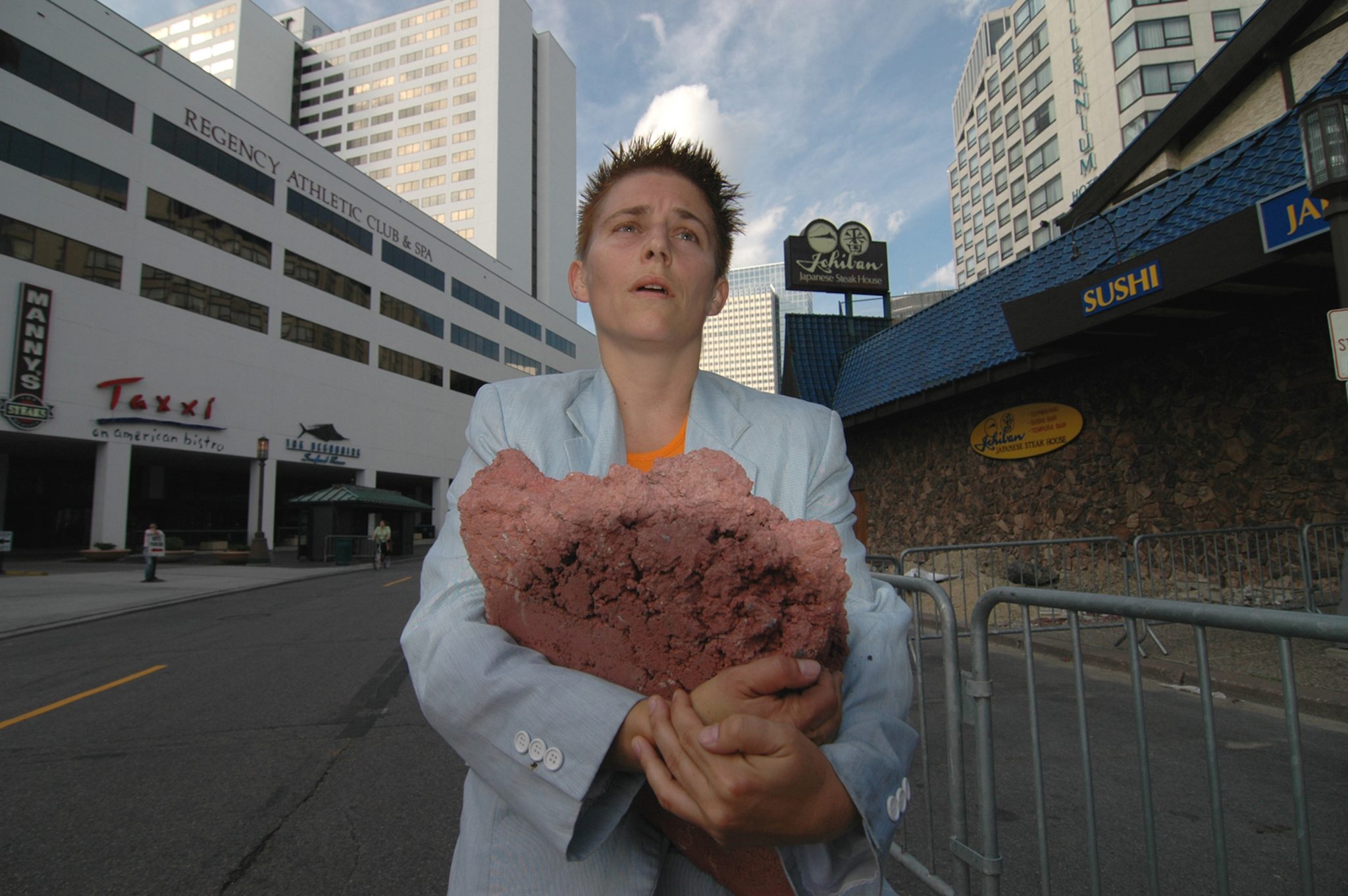 Nicollet Avenue is a film version of Olive’s solo GO which investigates the ecological entwinement of self, other and environment.  Two pedestrians travel the main street of Minneapolis working with live improvised sonic and physical action, interaction and response to several blocks of real estate and real people.

In this version Olive Bieringa is joined by multidisciplinary artist Bryce Beverlyn II.

Nicollet Avenue was made possible with support from the Jerome Foundation.