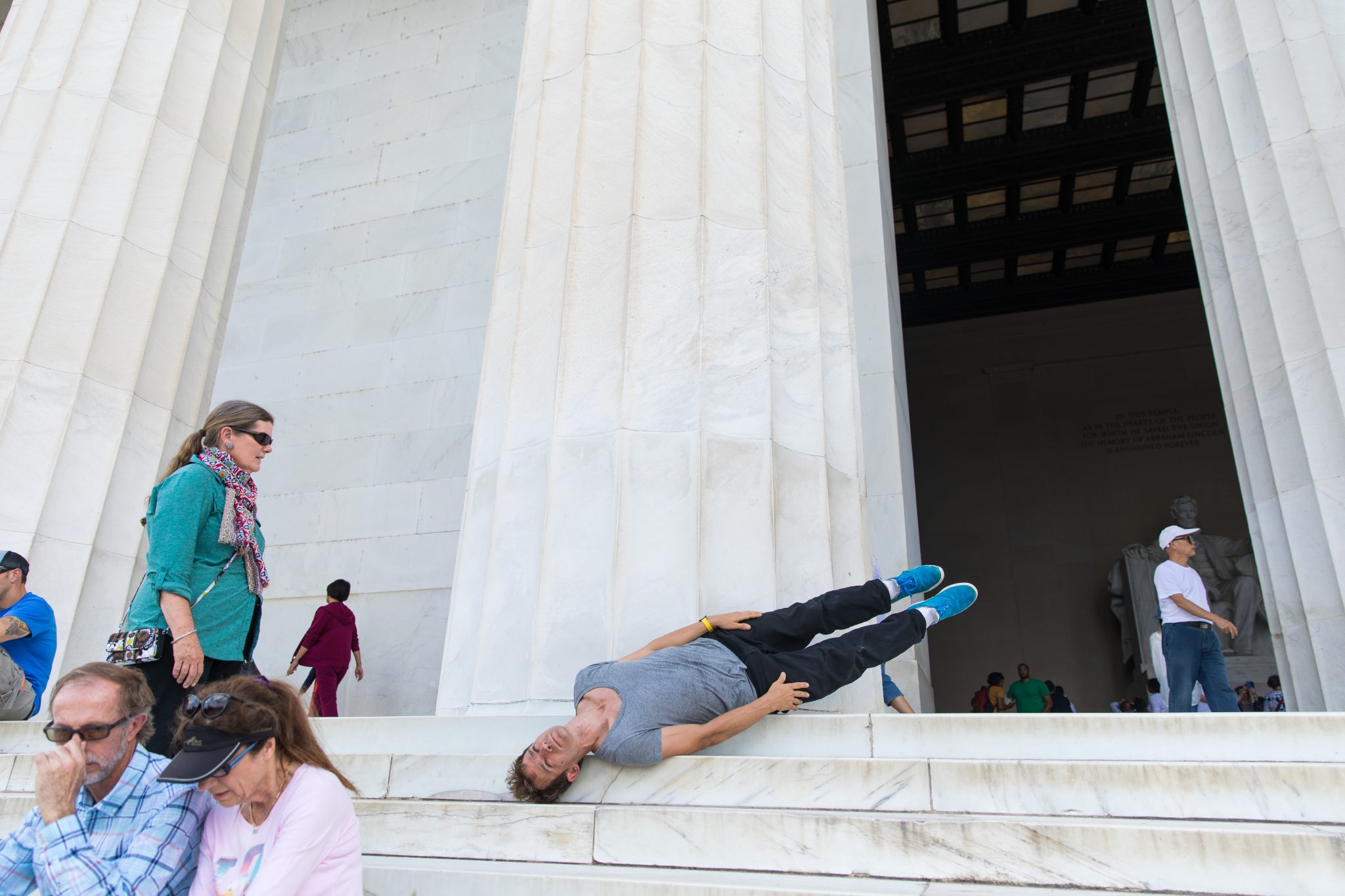 Intimate Choreography and the Responsibility of the Audience

Home » Intimate Choreography and the Responsibility of the Audience

If I hold you any closer, I’ll be in back of you. — Groucho Marx I.

Two dreams of contemporary dance arrive in glorious contradiction in BodyCartography Project’s closer. One is an urge to dissolve the boundary between performer and audience; the other is to intensify that distinction. One is to emulate the collective ecstasies of social dance; the other is to set dance apart as a laboratory for observation of clinical ±ndings. Dream one longs to bring us all to the party under the mighty god of the disco ball. Dream two values dance as a one-way window for inquiry, a sealed room for experiments, all in service of delivering a brilliant philosophy lecture in gestural disguise. Disco groove and lectern pronouncement: can a dance put on glitter and a lab coat at the same time?

The actual movement of BodyCartography’s closer and the formidable conceptual ideas guiding the dancing succeed in integrating these contradictory impulses. The dance company, based in Minneapolis and led by Olive Bieringa and Otto Ramstad, does so not by arriving at a resolution, but rather by suspending us in the approach. The dancing in closer intensi±es the competing impulses of contemporary dance — to collapse art and life into a seamless, transcendent whole; to distance art from life in order to feel both more profoundly. Which is to say, closer creates a pas de deux between Antonin Artaud and Bertolt Brecht, between a theater of cruelty and a theater of alienation e´ects. This is a piece that, as its name suggests, is about getting closer to things without ever closing them out. The point is neither to make the boundary between performer and audience meaningless nor to keep it rigidly in place. Instead, closer asks audiences to join the dance at the threshold between performer and spectator.