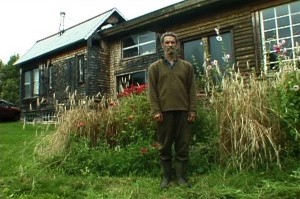 How is a Dance Film Different from a Movie Preview?

Home » Press » Press Archive » How is a Dance Film Different from a Movie Preview?

The template – beautiful people, beautifully filmed with a sketch of a story or character – is identical. In feature films, what is all that flying, tumbling and artful fighting among superheroes if not dance? What ground does dance film claim for itself?

WHAT CAN DANCE FILM DO? Some answers: Everything. Who cares? If I were a practitioner I would certainly not worry about what anyone thought was possible. But I ask the question because, after a recent evening of Cine-Dance at the Trylon, I was left wondering what ground dance films claim for themselves.

If you’ve never seen a dance film, you might think that we’re talking about a filmed version of a dance. Not really. In fact, dance films rarely show choreography in the traditional sense—predetermined and rehearsed sequences of movement—and they’re not usually filmed versions of staged dances. Most of the time, dance film directors collect and edit focused improvisations. Place—a haunted house, an abandoned office, a municipal swimming pool—is often crucial. Beautiful people, beautifully filmed, with a sketch of a story or character or atmosphere: that appears to be the basic dance film template. Which makes me wonder: how do dance films exceed movie previews? Previews are often gorgeous kinetic spectacles, at once satisfying and enticing (even when the actual film they advertize is nothing of the kind; see The Watchmen). I’m hardly the first to make the argument that previews constitute a separate art form from feature-length film—but let me point out how they beat most dance films at their own limited game.

Not that feature films don’t also compete. In the continuing popularity of superhero films, I see a sublimated desire for dance. What is all that flying, diving, tumbling, and impossibly artful fighting if not dance? It’s certainly choreographed and rehearsed; actors train for it, and their ability to land a wire-assisted “jump” with convincing reverb now counts as part of their acting. Dance-people don’t generally think of movie stunts as a branch of dance, but maybe we should start. Did anyone else see the new Star Trek? Most of Benedict Cumberbatch’s acting is dancing: he stalks about like a villain, he slings enormous weaponry with balance and panache, he spends a lot of time staring intently over cross-body torsion (or, in ballet terms, in croise). And there’s the scene in which he and Zachary Quinto chase each other, the camera catching one and then the other running in profile: a lot of effort’s gone into making these men look thrillingly fast, and it works. I could go on about Baz Luhrman’s Gatsby, but I think I’ve made my point, and anyway Gatsby is not as good a dance film, despite some jazzy flickers of Josephine Baker.

Let me back up a bit. The Cine-Dance screening was mostly pleasant. But overall I felt we were playing in a small pond.

Not that I didn’t see some interesting ideas and lovely moments. Adam Sekuler and Karn Junkinsmith’s Interpretive Site: Hanford Reach holds the camera steady on a field, creating a stage yards wide and miles deep; I liked the resulting sense of scale, even if the film as a whole seemed to resolve into a familiar drama of sex and society. Kyra Peterson and Max Johnson mixed dance improv with shots of ink dropping into water, unfurling musically in a manner reminiscent of 1980s PBS or Ron Fricke’s Baraka. BodyCartography (Olive Bieringa and Otto Ramstad) filmed Young Dance students for Something for Myself: only a grinch could resist the swirls of kid limbs in grassy greenways and lagoon-blue pools. BodyCartography’s Small Dance showed Steve Paxton standing still in front of a house on a windy day, or trying to stand still as wind buffeted him, the plants around him, and the cling-film over an upstairs window: dance film that attunes the eye to movement. Some films I’d seen before—by Megan Mayer, Jaime Carrera and Tyler Jensen, and Vanessa Voskuil and John Koch—didn’t disappoint on a second view. Mayer’s Over Time, a dance portrait, showcased Mayer’s acting skill; Carrera and Jensen’s Station clicked by with the happy precision of a music video (another related film genre dance film makers need to consider); and Voskuil and Koch’s Overflow polished off the category of beautiful people beautifully filmed, providing the last word in heartbreaking close-ups of a lovely neck in natural light—as well as a situation of felt intensity and nearly mythological weight.

Note to aspiring dance filmmakers: this has been done. Now go beyond.