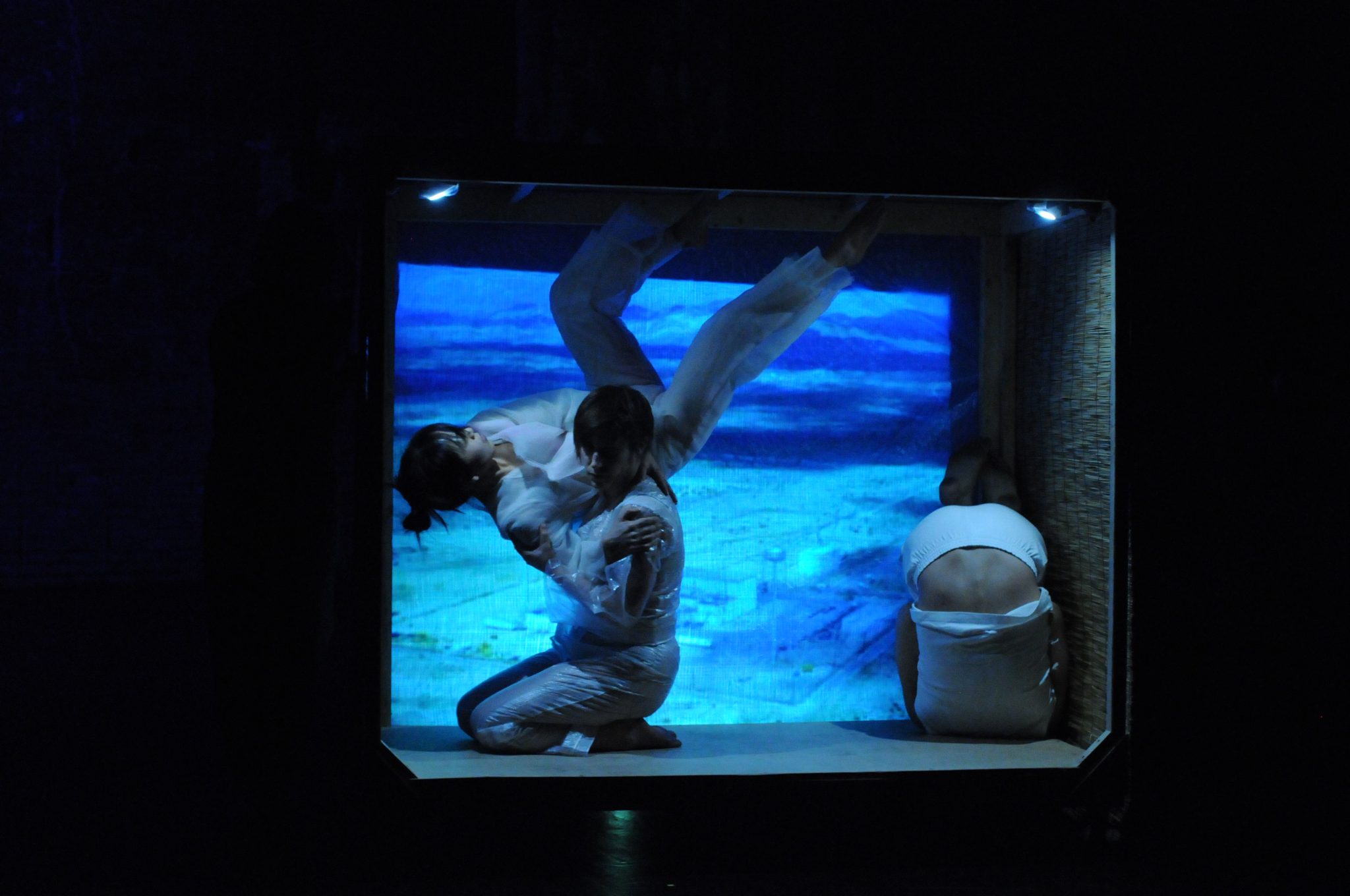 “…a solo by Kitamura captures …the dichotomy between the theoretical elegance and tangible horrors of nuclear fission. Her hands shake, flutter, and undulate, taking on a life of their own that is both exquisite and terrifying. Their frenetic motion suggests an energetic core expanding exponentially, as if about to self-destruct. Meanwhile, images of what look like fragile nuclei gracefully dividing are projected on the wall. In a rambunctious solo, Ramstad lopes like an ape, attacks air like a ninja, suffers involuntary spasm while emitting barnyard noises. Fragmented and bewildered in the face of forces he can neither control nor understand, he seems to be channeling the collective unconscious of the 21st century.”