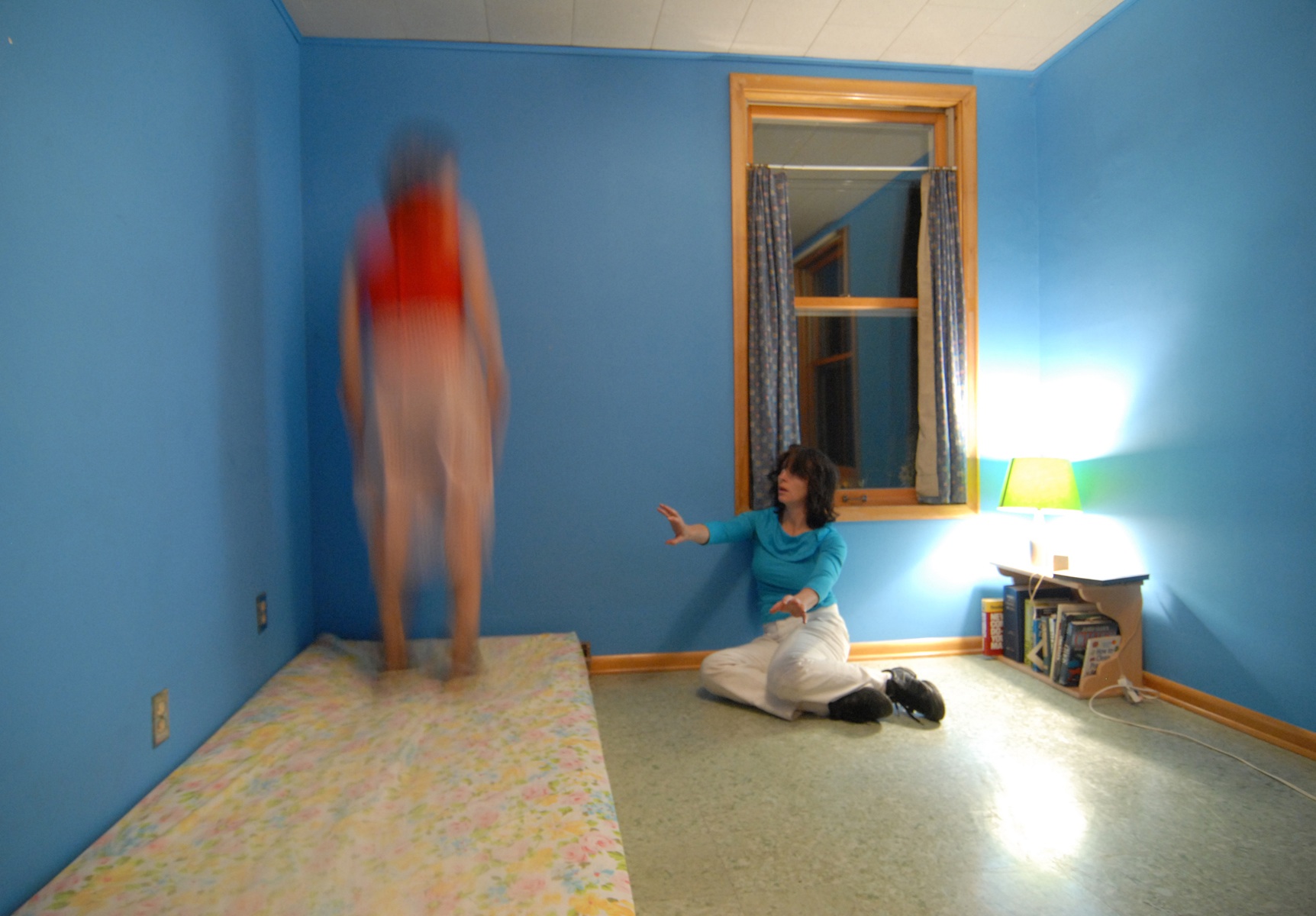 Often the titles of dance pieces, like those of musical compositions, have absolutely nothing to do with what’s happening in the performance, and looking to them for elucidation is a waste of effort. But in the case of the Body Cartography Project’s “Holiday House” at Performance Space 122, the title is all-revealing.

A table and chairs at one end of the stage and a sheepskin-rug-covered couch at the other suggest the house of the title, and both offer opportunities for microcosmic portraits of the strange behaviors we engage in during time-warped holiday hours.

Two women watch a film, projected on the wall in front of the couch, that might be of their own activities: people in a kitchen, eating, talking, preparing food. With the sound of crickets and remote cars in the background, a man crashes a bicycle into walls as the other five performers sleep, perfectly capturing that annoying moment when someone is making an extraordinary amount of noise in the middle of the night. A strange game at the table involves oranges and kitchen implements flying as one or two bored housemates read or slide fetally under the table.

The directors of Body Cartography, Otto Ramstad and Olive Bieringa, make clever use of the doubling power of video, particularly toward the end, when a film shows the performers coming through a door, then appearing in the flesh around a corner of the screen and eventually chasing their own images.

It’s always nice when nothing much happens in a piece and yet you’ve acquired some concentrated sense of emotional truth. “Holiday House” works by a gradual accumulation of apparently arbitrary activities and by its strange air of drugged calm. Just like being on holiday. ROSLYN SULCAS