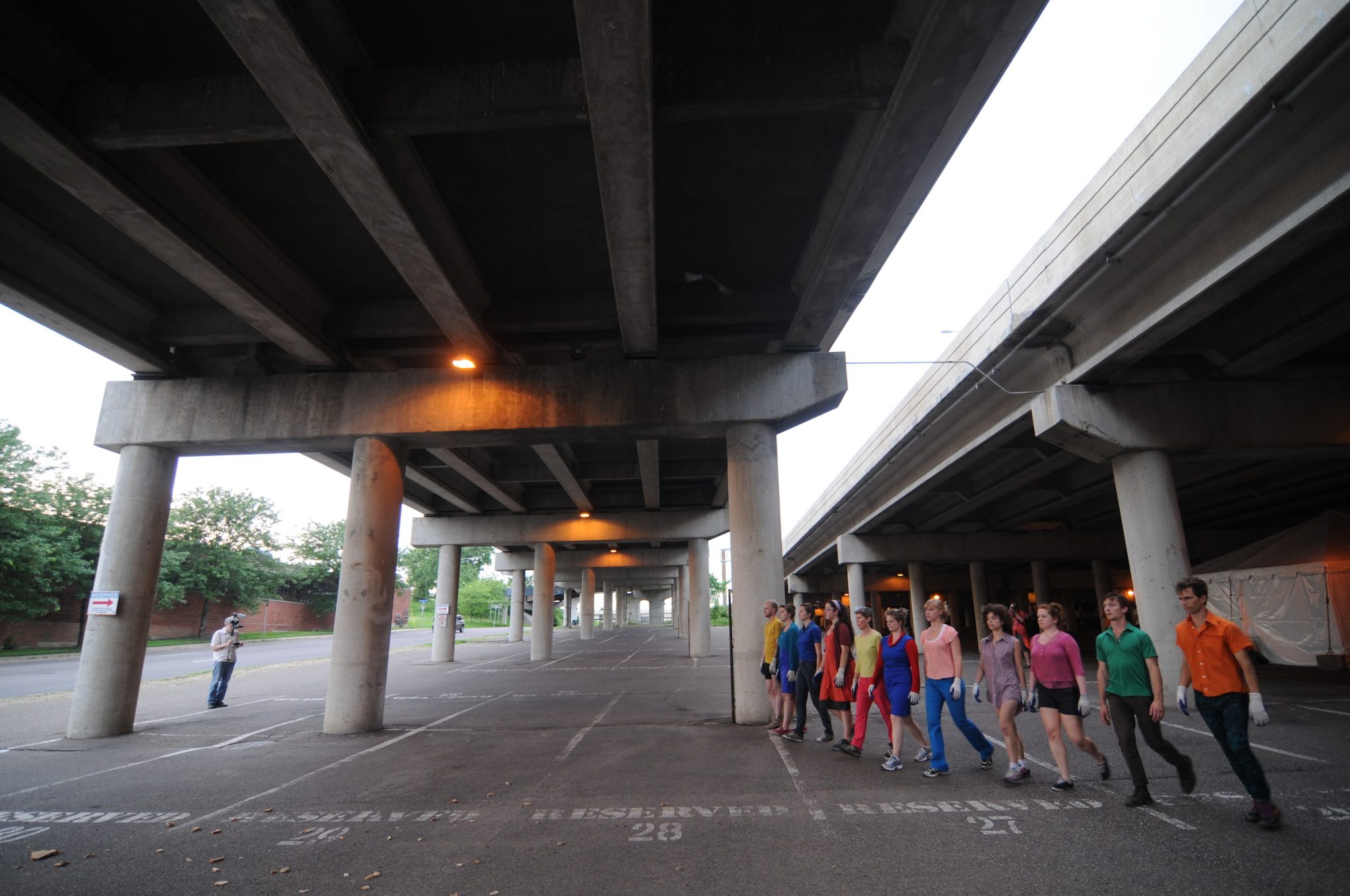 Dance that breaks the fourth wall

After Outlet, I headed over to the I-94 underpass near the Basilica to see BodyCartography Project, which was arguably more “serious” than either Bergeron’s work or Voice of Culture, and yet at the same time accessible in its own right.

The free performance, as part of the Secret City event that happened in various parts of Minneapolis on June 22, began with a solo performed by Timmy Wagner, who fluctuated between almost amoeba-like movements and moments of stillness, at times laying on the concrete underneath the freeway. At times, an ensemble of dancers would move in and swallow him up, exiting with Wagner as a part of their amorphous group.

BodyCartography’s piece was fascinating in its use of the expanse of space that the underpass provided, allowing for a wonderful scope of perspective as the performs played with how close and how far away they were from the audience.

While the majority of the audience clearly planned to be at the event, there were some passerby who stumbled in, one of the good parts of having a free outdoor performance. There was even a “party bus” that looked on from Lyndale Avenue. Mayor R.T. Rybak, who came at the end of the showing, called out to invite into the event, although they ultimately declined.

The piece ended with audience participation, where visitors were asked to hold on to the pillars of the freeway, holding it up as a gesture of gratitude for the freeway’s day in and day out holding up of so many of us on a daily basis.

I ended up feeling that I had seen a fantastic evening of dance performances—none of which occurred in a theater, all of which included interaction with the audience in some way, and all of which aimed to draw in new audiences. I should also mention that nobody bugged me about taking pictures with my phone—thank you!