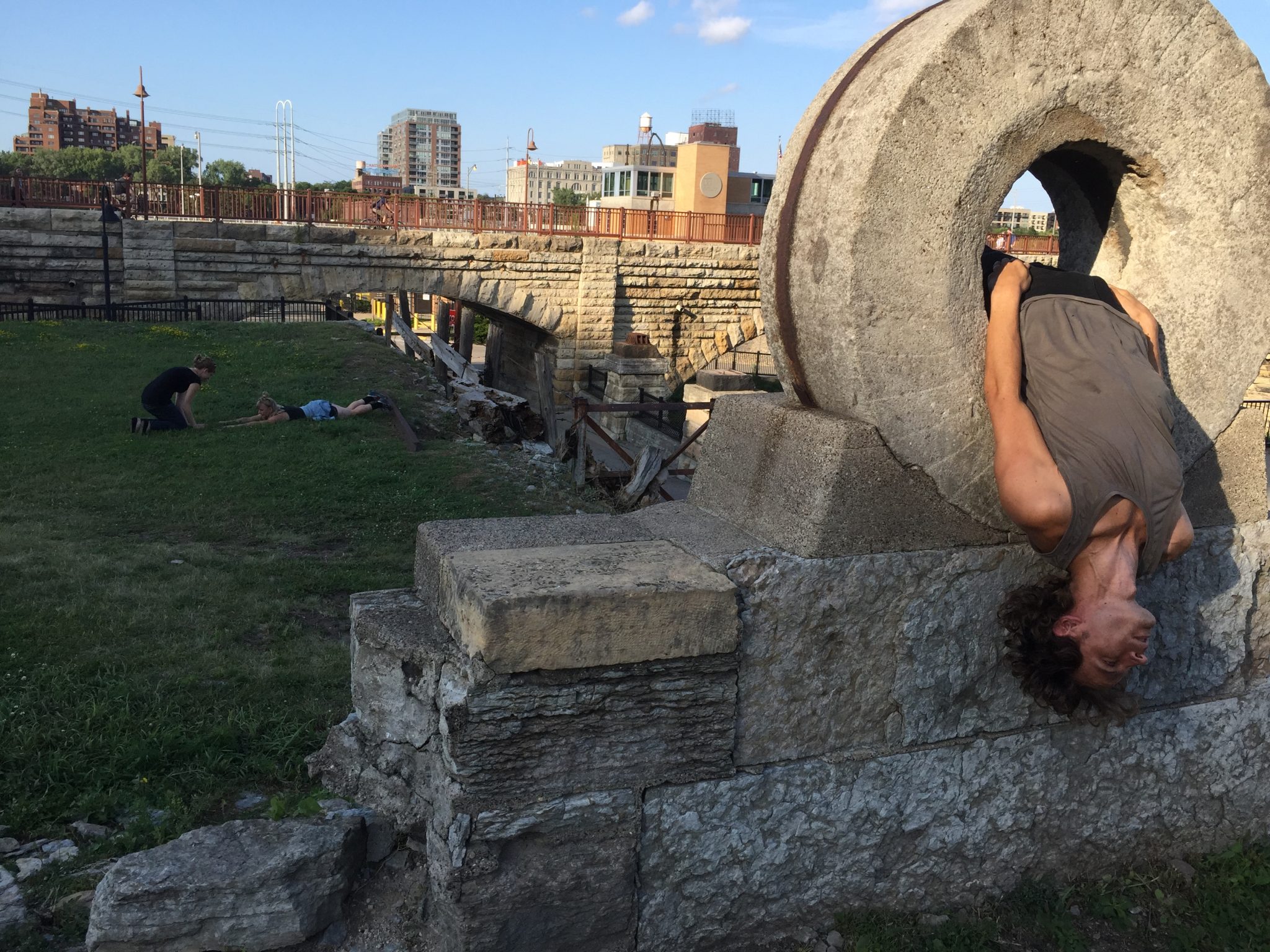 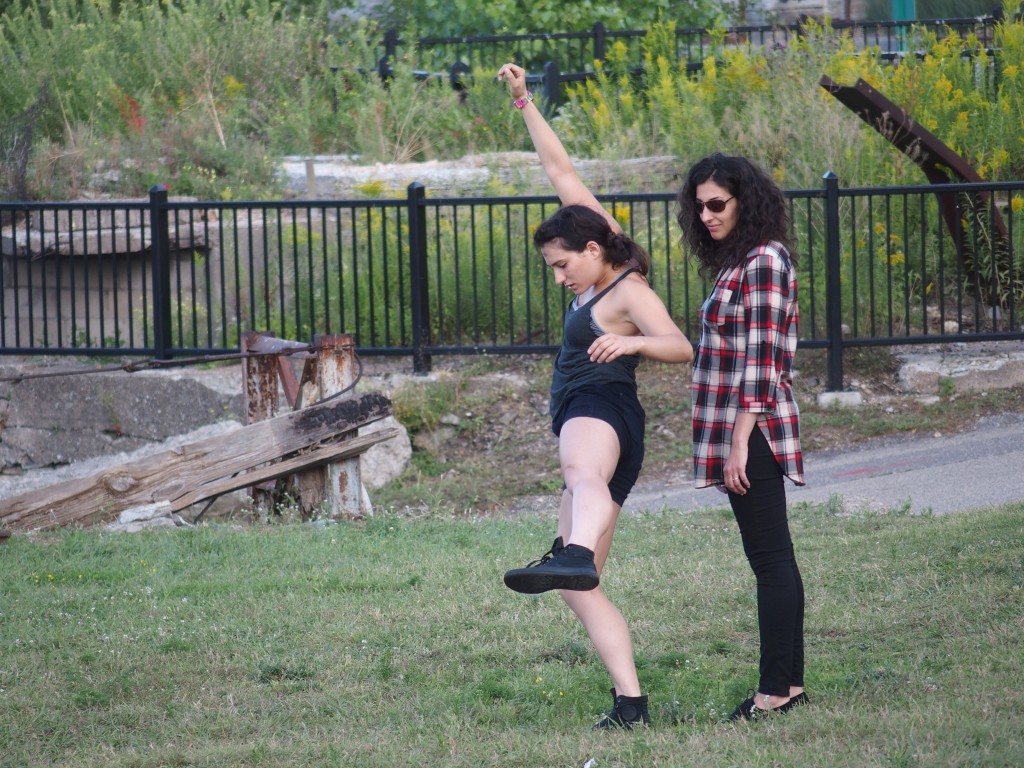 Dancer Elayna Waxse performed as her audience, Anat Shinar, watched during a performance of “Closer” in Mill Ruins Park in Minneapolis. The audience members were told they could stay as close or as far from the performer as they wanted. Euan Kerr | MPR News

For the past few months the group has taken its work outside into public places, creating dances for one person at a time, free of charge.

As an audience of one for “Closer” earlier this month, I started at one end of the Stone Arch Bridge in downtown Minneapolis where co-director Olive Bieringa explained how it all worked.

“Otto’s going to dance for you,” said Bieringa. “Feel free to follow him from as close or as far away as you want … he’ll bring you back in 15 minutes.”

Otto is Body Cartography co-director Otto Ramstad. He didn’t say anything. He just walked off across Mill Ruins park, throwing an occasional wild body movement, leaving me to chase after him. There was no music, just the sounds of the city. Ramstad is wiry, and he loped easily to a pile of loose rubble, teetering from stone to stone, seemingly risking a snapped ankle or a concussion.

He made shapes with his body, dips and climbs, even sliding through a hole in a crumbling wall. As we crossed to the bridge he carved out rhythms on the rough surface with his feet.

To be this close to a stranger engaged in strenuous and unpredictable effort is unusual. It was uncomfortable sometimes, almost too intimate, but it was hard to break away.

We ended up with him hanging from his arms at a spectacular angle from a light pole.

He said thanks and we shook hands. He said just as I was watching him, he was taking cues from me to guide his movement.

Ramstad says “Closer” is about building a relationship between dancer and audience member. Usually there is a space between performers and an audience, with a premium in the dance appearing effortless. Not here, says Ramstad.

“Proximity definitely lets you see the effort in a different way,” he said. “Lets you see the breathing and the person operating, and their attention, and how they use their attention and all that.” During the project, Body Cartography dancers performed “Closer” 241 times in places like Minneapolis City Hall and local museums. Ramstad said each dance was different depending on the person and the place. Some people kept coming back.

“I don’t know if we had anyone come four times, but we had a bunch of people come three times,” he said. Nearby on the bridge, Sarah Abiya of Minneapolis grinned widely following her “Closer” dance. A friend brought her but didn’t prepare her for the experience. She said at first she just followed and watched.

“I think at first I was watching,” she said. “And then I was following and then at some point I felt comfortable enough to engage and maybe eventually developing a language of some sort.”

She’s sold. Abiya’s friend Gaylen Treuer also loved the experience, saying he was surprised at how much energy it took as an audience member.

Let’s be honest: “Closer” is pretty un-Minnesotan. Some passersby on the bridge stopped to watch the one-on-one dances, but most people seemed to be resolutely ignoring what was happening. Ramstad, who grew up here, can understand it — but only to a point.

Ignoring the dance will be harder in part two of “Closer,” which launches Thursday at the Red Eye Theater in Minneapolis, which will just be an open room.

Bieringa doesn’t want to give away too much, but calls it an expansive dance experience and dance party. Audience members can decide just how involved they want to be. The dancers who did the one-to-one performances will all be there. Bieringa said all the people who were their audiences for part one were invited to come for part two.

“I think the key thing is the web of connections and interactions that we built through part one will feed directly into part two,” she said.

Bieringa said “Closer” is true audience engagement — which she says for Body Cartography is not a noun, but a verb.