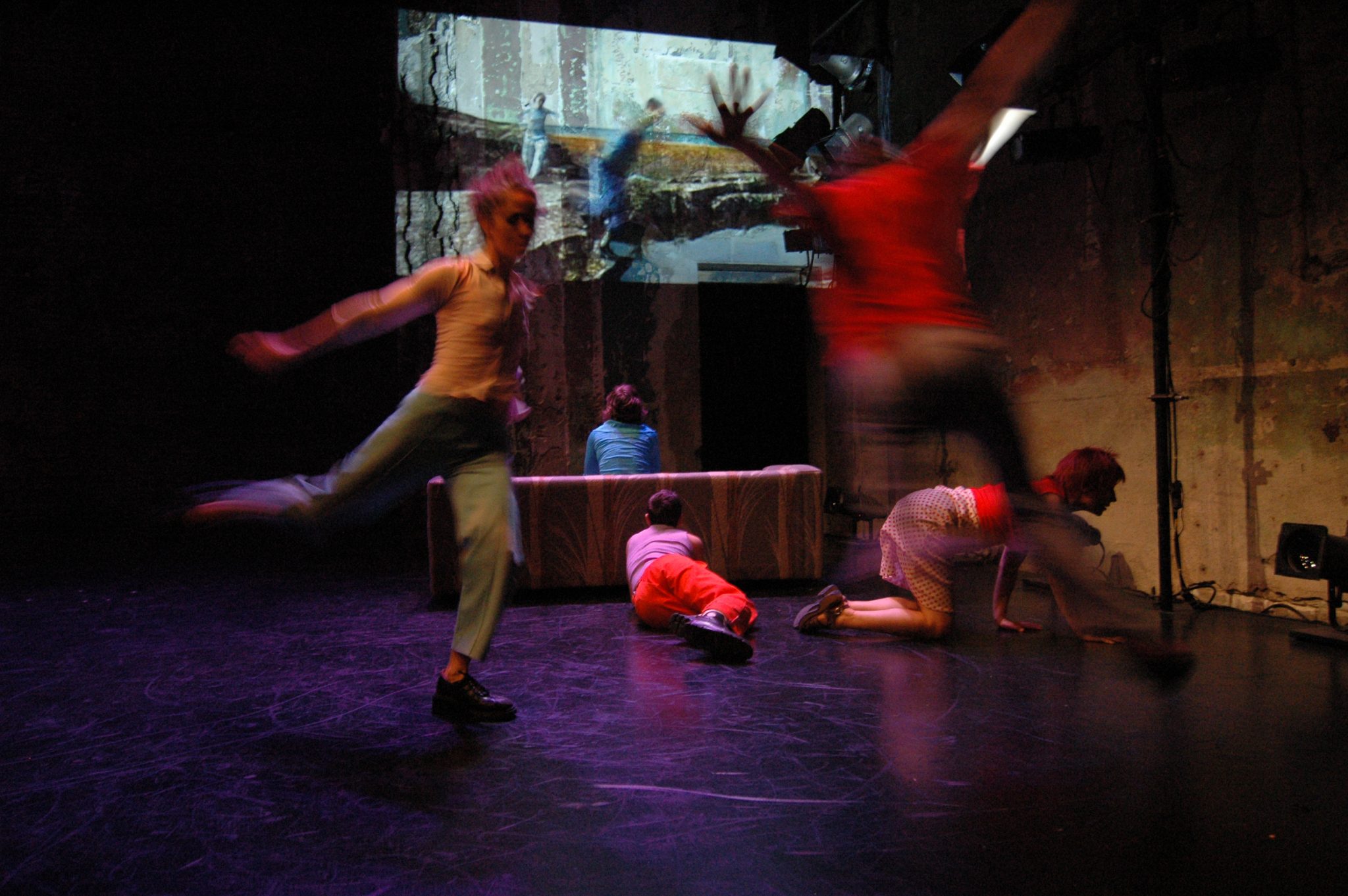 City Pages Artists of the Year

They’ve also won accolades for their clever use of film to capture movement. The BodyCartography Project often creates site-specific pieces, works that take place outside traditional theatrical space, in public spaces or in nature. Some efforts have employed large casts and grand settings, but last September they took a much more intimate approach: They invited audiences into their Powderhorn duplex for Holiday House #2. The work has shape-shifted: It began as a film in 2005 and then evolved onto the stage at the Southern Theater in 2006. This year, confined inside a private home, the piece fully realized its themes of how time and perception shift during the holidays. Their kitchen was filled with bustling movement in, on, and around the table, courtesy of Ramstad, Kristin Van Loon, and Karen Sherman, and the living room became a play area, where all of the performers, including Bieringa and Morgan Thorson, ran in breathless circles, exorcising a collective case of cabin fever. The basement was filled with surveillance video (exposing a sinister subtext), and, most memorably, the second-story balcony afforded a simple yet stunning forced-perspective view of a raucous backyard dance vignette. The show concluded in the alley as the performers again toyed with point of view, sprinting up and down the block, interacting with film projected onto garage walls, engaging in an eccentric picnic, and navigating a rickety bicycle.

Holiday House #2 touched on many ideas, including the intentional creation of community, the fleeting aspects of time, and metaphysical notions like the blurred continuum of past and present that exists within older homes—but ultimately the work succeeded because it transcended boundaries. These performers could just as easily run rampant through your house, upending your best-laid plans, haunting your dreams. With sly wit and subtle socio-political commentary, the BodyCartography Project revealed the teeming chaos within the shadows of even the happiest home. It’s a dark thought, perhaps, but worth remembering in the wake of the holiday season.