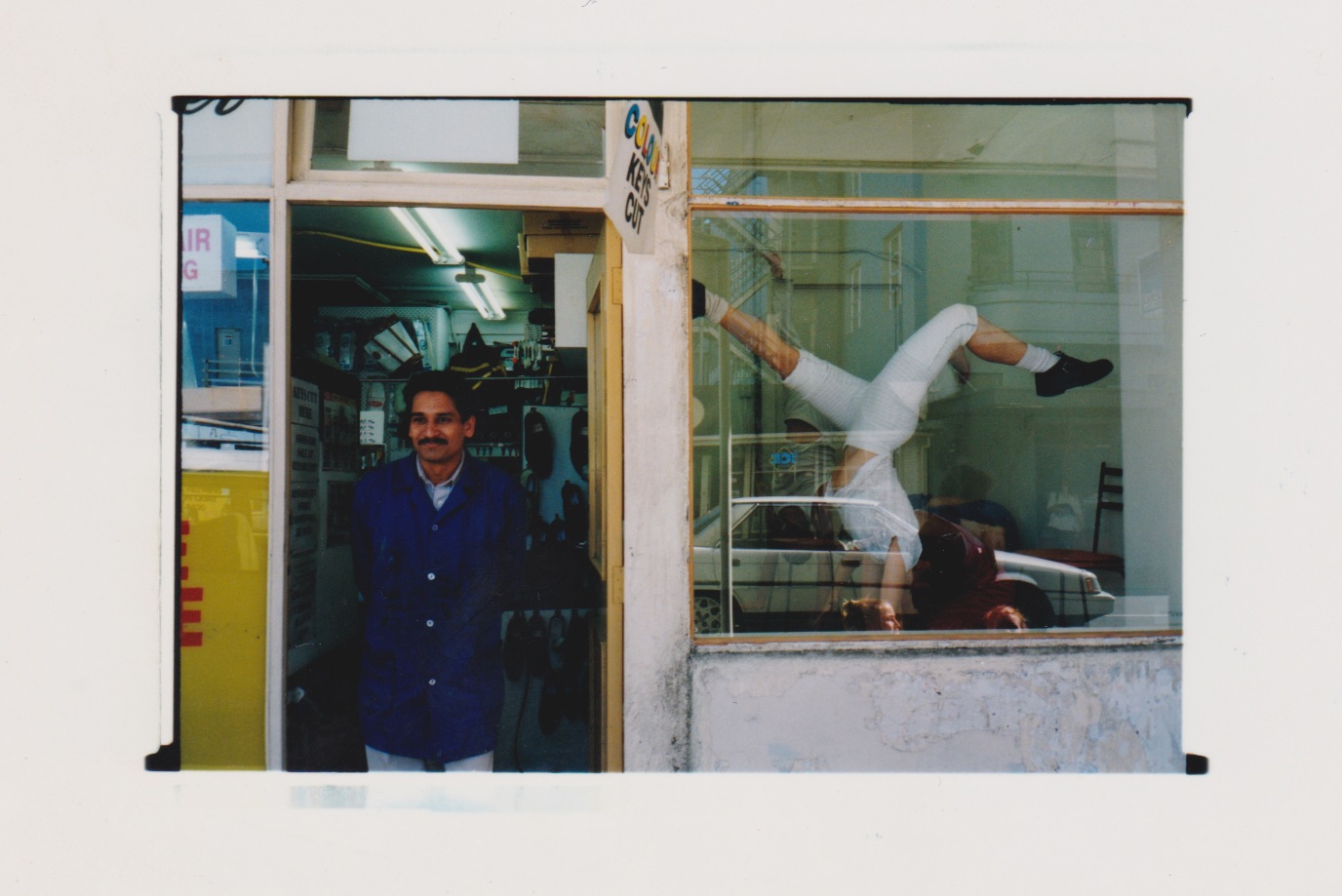 The BodyCartography Project at the ’98 NZ Fringe Festival

During the 1998 International Festival Of the Arts, Olive Bieringa and her collective of dancers staged a month long performance project, The BodyCartography Project as one of the headline acts of the Fringe Festival.

The newspaper for which I am the Dance Reviewer, the Wellington morning daily, The Dominion, assigned a critic to cover all Fringe events. I was therefore unable to write a dance criticism of the Body Cartography Project. I did however attend one of the final events of the Project, which consisted of a procession around some of the inner city streets, followed by an informal improvisation in a ground-floor warehouse building which had been prepared for the occasion.

The warehouse was lit with theatrical lights, artfully placed to highlight the found-objects and memorabilia of the month-long project. Projected against one wall was a video of highlights of the various events that had occurred during the course of the month as the collective went about its “task” of mapping the city and its immediate environs. As the dancers entered into their improvisations, they were inevitably connected to the video projection, either through acting as an involuntary screen for the images or, as was often the case, through conscious interaction with the movement sequences being depicted on the video.

Further dimension was added to the spontaneous improvisations through the element of sound, which was largely percussive and vocal and through the use of the found-objects to enhance the improvisations. One image that remains with me is of a woman patiently transferring a pile of stones into a shopping-trolley only to have another dancer seize possession of the trolley, by triumphantly seating herself atop the pile of stones. She was then wheeled off in all her glory by another dancer.  The atmosphere of the evening was enlivened through the dancers including the audience in all the events that occurred. This was achieved in a number of ways including the audience calling out words or phrases that sparked a particular response in the performer, so that the audience was often in control of the action and movement being performed. Good humour prevailed with some extremely funny sequences occurring either through accident or design.

The dancers were of mixed ability ranging from the extremely confident to those who contributed only occasionally. Bieringa, herself has a superb movement vocabulary and the ability to charge-up those with whom she is performing. She is fearless in the contact improvisation sequences and by her very daring encourages those who are less proficient, to feats of great courage. She has a magnetic performance quality, and a grounded presence that manifests itself most strongly in moments of stillness, which she uses often.

The Project itself is a first for Wellington where outdoor, site-specific works are rare. To have such an event staged through the medium of dance is even more unusual. The topography of Wellington is such that the mapping would have at times proved arduous, but never dull. I only regret that due to other commitments I was not able to watch more events, although I heard of many both from spectators who had witnessed them and from the participants themselves.