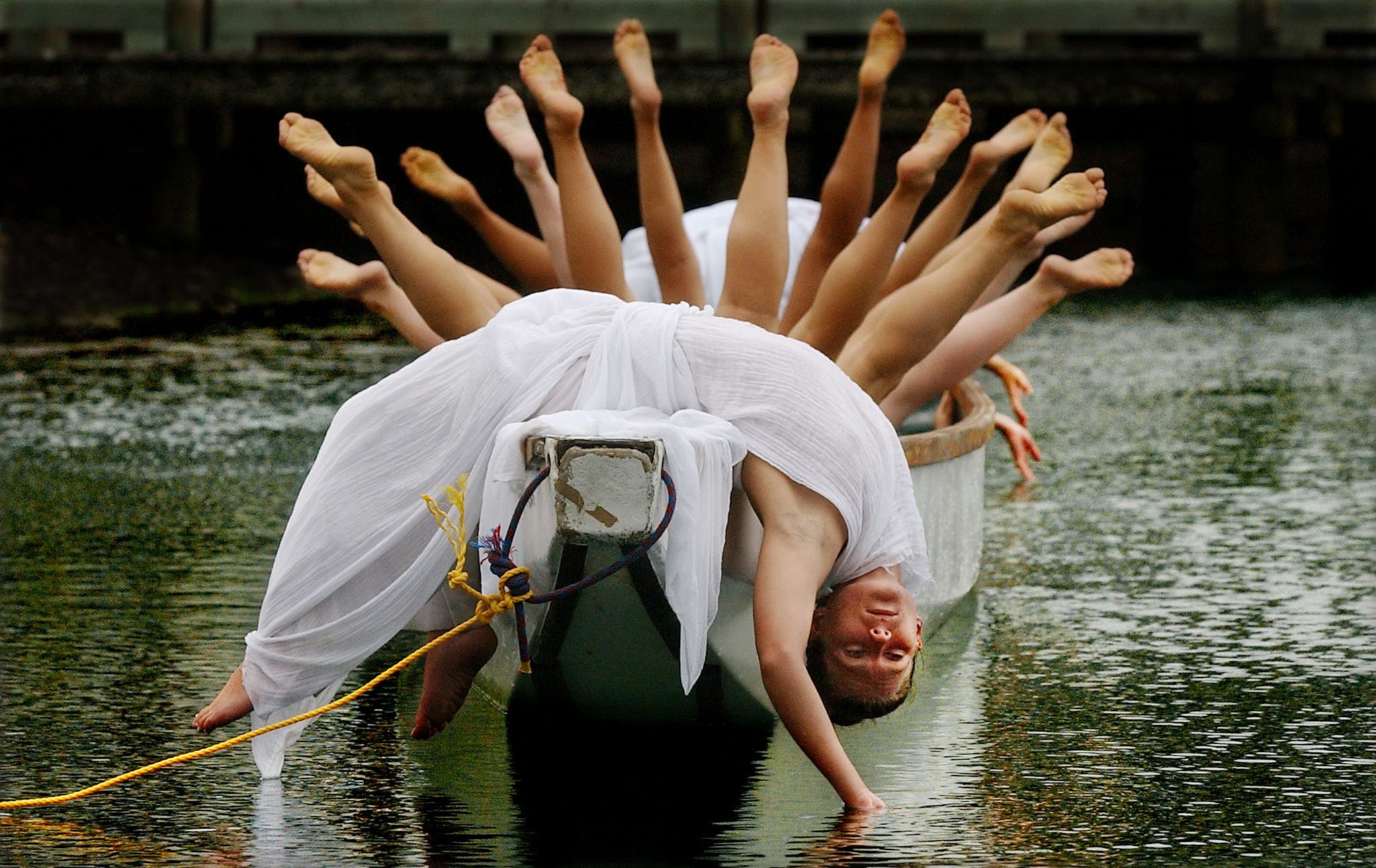 A huge crowd packed into the Frank Kitts Lagoon surrounds on a perfect Saturday night to view what has become for many the definitive Fringe event- the annual charting of a public place by the BodyCartography Project.

It featured featured 30 dancers, 6 musicians, a singer and several ensemble performers. Following a clear format that had been established in the same space last year, directors Olive Bieringa and Otto Ramstad have expanded and elaborated on the choreography, to include a great deal of humor.

Composer Michelle Scullion’s outstanding music is one of the major attractions. Having worked for many years with dancers, she has particular empathy for their requirements, producing music that is ambient and stirring. the strong, rhythmic drive of the Cook Island drums of the ensemble was particularly memorable, as were the clear, soaring voice of soprano Sally Barratt- Boyes and Scullion’s own mellow flute.

The tinkling of a ship’s bell gave the cue for the dancer’s, who had been quietly moving among rocks on either side of the lagoon, to begin.

From then on, the performers could do no wrong. The crowd applauded and laughed at their antics and settled back to watch a show that combined theatricality, ingenuity and sheer daring.

As the twilight descended into gloom, powerful sweeping lights and dancing fire illuminated the depictions.

One of the more memorable representations was of Kilda Northcott as Our Lady of the Lagoon, in a gypsy costume of multi-hued plastic bags and clutching a flower between her teeth, being slowly pulled on a raft across the water as she arched and spiraled. Met on the other side by a group of bird like men clad in feathery plastic bags, Northcott was borne off in the air to great acclaim.

The final image of a canoe with only the bare legs of the dancers visible, waving in the air, adorned either end by a figure in a white flowing robes draped over the bow and stern, and lit by a single light, was a fitting conclusion, evoking an ancient time when myth and legend was inexorably linked to the environment and the charting of public places was in the hearts and minds of the people.

It is to the great credit of the BodyCartography Project that they have sought to begin this process anew, so that further layers of meaning can be added to our landscape and Wellington can become a repository for images other than those that are normally associated with the urban lifestyle.