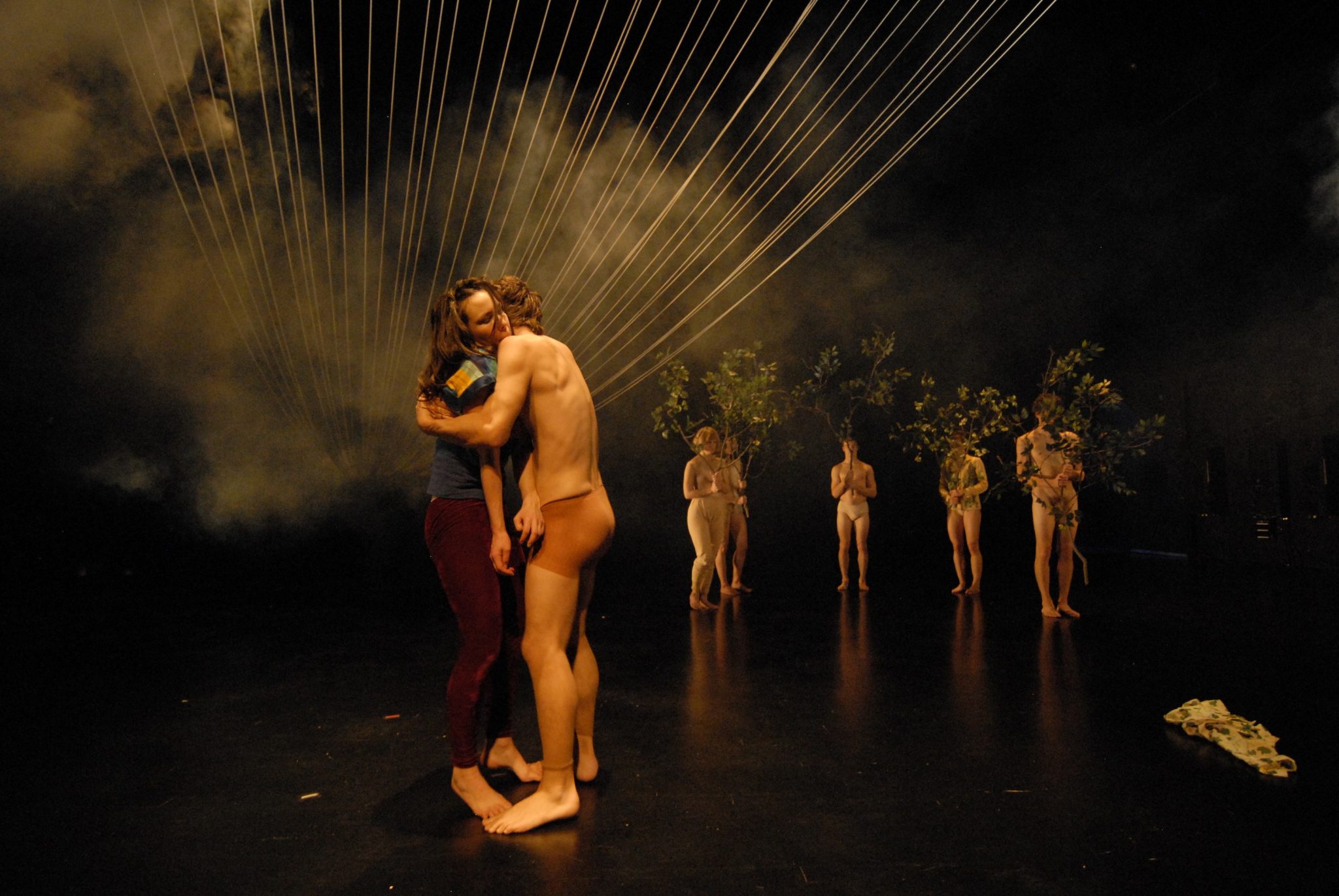 In the beginning “Super Nature” is like a droll social experiment gone awry. Eneka Bordato Riano, formerly of Lyon Opera Ballet, delivers an eye-catching entrance, each limb moving at odds with her entire self. The other dancers subtly shift away, ill at ease with such a spectacular display of awkwardness.

This standoffishness doesn’t last. Soon everyone has a tic, making visible the internal gyrations we endure when subjected to intense scrutiny. Breath is audible and synchronized, morphing into gasps or shouts. Language comes out in fragments. Torsos tremble and shimmy. Interactions are brief and bizarre, as when Francesca Mattavelli (another Lyon alum) runs a contact microphone over Anna Marie Shogren’s body, aggressively violating her personal space. Shogren deftly conveys a range of reactions through her physical response, evolving from curiosity to confusion. The strong cast also features Emily Johnson (a recent winner of New York’s Bessie Awards), Justin Jones and Timmy Wagner, plus a chorus.

“Super Nature” does more than explore quirks of human behavior. Its latter half unfolds in a nocturnal setting, shaped by Parkins’ meticulous live score, which layers harps and synthesizers with field recordings and spare ambient sounds resonating from the balconies of the theater. Within this realm — mirroring the darker reaches of the psyche — actions are uninhibited, bodies are revealed. At times the dancers are captor and prey, as in a feral duet between Ramstad and Johnson. And then it becomes very quiet onstage. Movement is minimal.

The work demands patience but it yields many rewards. The collaborators and performers, along with set designer Emmett Ramstad, create a familiar yet mysterious world, reflective of our ever-changing relationship to others. And as the many white ropes strung overhead catch and shape the light — eventually entangling the dancers — it becomes clear that our experiences are more common than different. We all flail in our personal orbits, and sometimes we break free.