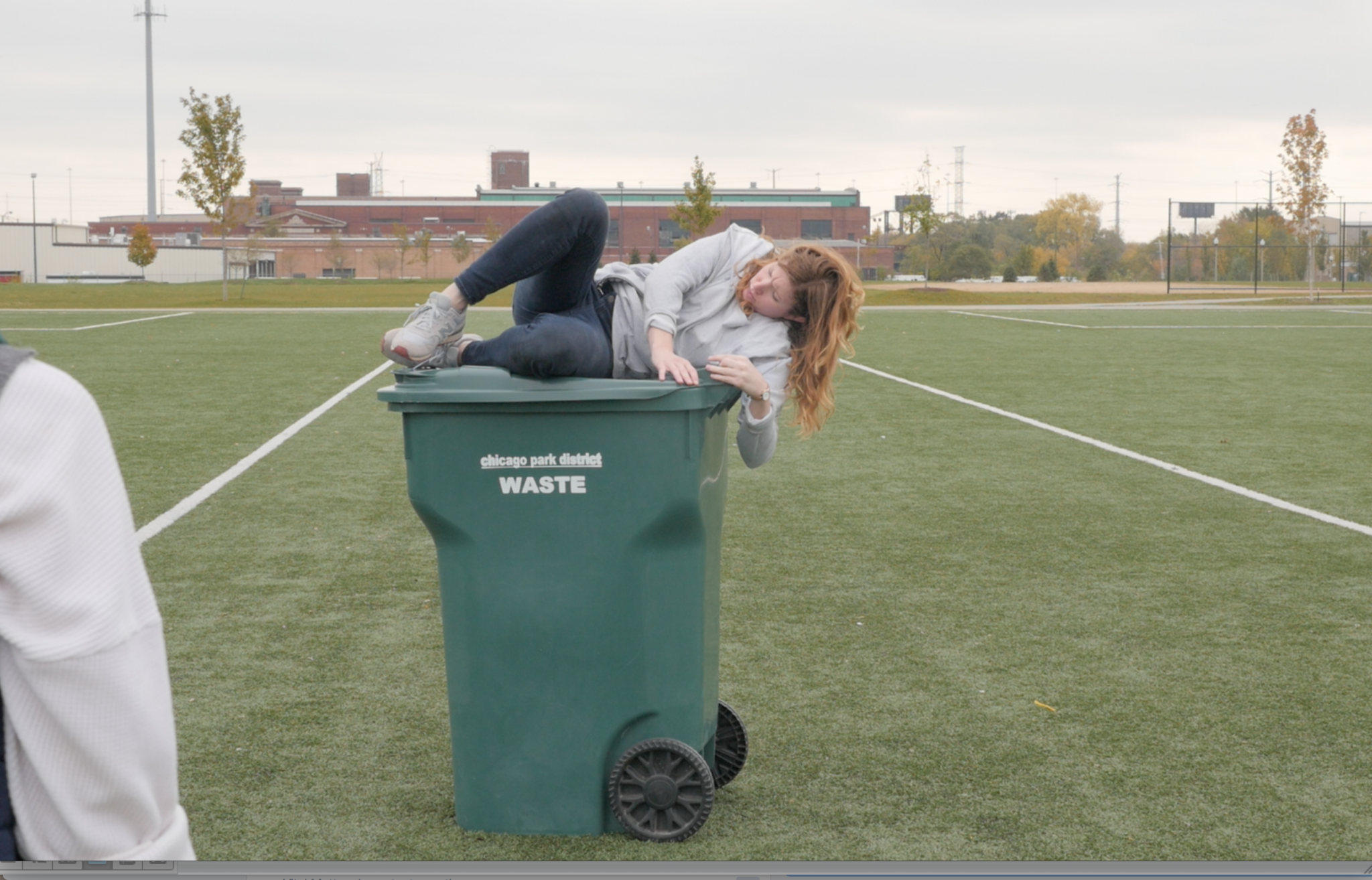 The theatre and performance is in service to the audiences

The performance is an offering, a gift

As a performer, you bring the audience to you

Audience members arrive with so much of their own emotions

The performer’s role is to invite or bring the audience to them, that they meet the performer in their state

There is no such thing as a broad single ‘Audience’

It is made up of many different people

It is always many audiences[1]

This past fall, I performed in the BodyCartography Project’s Chicago tour of closer, a project that encompasses one-on-one performances in the public and a group show held in a performance venue. The one-on-ones took place over the course of a few days at various locations, one being the Chicago Cultural Center and at parks in different neighborhoods in the city. In closer(solo), anyone can sign up for a fifteen-minute performance with one dancer. Audience participants are prompted to record three feelings on a clipboard both before and after their experience. They are introduced to a dancer and instructed they can follow as close or as far as they wish.

One-on-one performances are challenging and fascinating laboratories for learning. closer(solo) was not my first go at this unique audience-performer relationship, however it’s public ambition and scale of participation were new and exciting aspects for me. I began my own investigations of one-on-ones a few years back in my home. The performances took on a strong scenic silence and I could freely explore the architecture of a place I knew very well. Eventually I moved on to invite people to meet me at a crossroads, parks or cafés and in these populated areas, I felt that the performance needed to remain a strict one-on-one experience. I would strategically not be too obvious—to not give the performance away to other people nearby. For closer(solo), we workshopped the one-on-ones in the studio and on site before the official performances and were invited as performers to challenge this private and public tension and question what we allow to be seen. Performers could be seen standing near the audience member in a slow subtle dance, facing them with large gestures, running far off, perched in the distance, wandering towards and away. It wasn’t just that there was an extended range of possibility for movement or expression, but also that the visibility of the performance itself had so much range. Not only are the performer and audience member potentially very visible to one another, but also to other people around. Within a one-on-one experience, one may even notice other one-on-ones taking place. There is a network—a community of participants underlying the solo journeys for both performers and audience members. The audience members can be seen participating as they move around or position themselves to attend to the performers. This rare kind of audience dynamic heightens a sense of agency for both the performer and viewer.

The BodyCartography Project had taken care to facilitate safe and insightful cultural experiences yet also invite appropriate risk. Working with improvisation allowed the performances to both support and push each unique exchange. It is an in-the-moment collaboration that shapes the very dynamics of the experience. I had audience members express to me afterwards that they felt protective of me, or somehow responsible for my actions. Adversely, others would distance themselves, blend away, nearly disappear. As performers, we would at times feel completely open and carefully tend to our viewer, and at other times find refuge in hiding or abandon. The circumstance gave way to not only very personal and playful exchange, but also to discomfort and loss.

A fellow performer had an experience with an audience participant who very quickly excused herself from the exchange and abruptly left. I had an audience member who seemed noticeably distracted and uncomfortable, her eyes glancing around and her body constantly shifting and folding in on itself. I felt terrible for what seemed to me to be unbearable self-conscious pain and at a certain point I surrendered to my own insecurity in the situation, guided us to sit at a table, and proceeded to play with skin on my face. When it ended, she told me this was the first dance she had ever witnessed in her life. She inquired doubtfully if I could make a living doing this and couldn’t answer any questions about what she remembered about the experience, but nevertheless expressed her pride in my performance.

There were many one-on-ones for the other dancers and I that led to deep philosophical conversation, a jubilant embrace, and exchanges of wonder and celebration. The dialogue that takes place after each fifteen-minute performance is a chance to articulate challenges, doubts, desires, fears and further understand or question the parameters of the art experience. closer(solo) presents an opportunity to learn how to view or engage with performance differently. All responses and experiences are insightful to the work. The project captures the power of our predispositions and expectations as well as the unexpected joy and relief that comes from breaking those expectations.

I am on top of a trashcan in the middle of an AstroTurf soccer field across the street from a maximum-security prison contemplating the contents of my belly.

I climb onto a platform and slowly lower my butt on top of a sand castle and as it falls apart below the weight of my body I feel the round curves and sloping ends of my pelvic bones.

I am standing on one leg in an office for cultural affairs overlooking Millennium Park and the phone rings, and the president walks by, and then I squat near the door the meeting room and hold my head in hand and feel the heartache of losing my job. It is as if I am a new piece of sad furniture.

I am dragging a cinder block around in the sand making a figure eight that encircles the viewer and another space. I stand on top of the cinder block and grab hold of the basketball net above me. My hands and feet are like diaphragms. The viewer lies down on the ground.

The branches rattle and swing.

A young girl holds up her phone, taking pictures or video throughout the performance. Afterwards she is smiling and says she is still curious and nervous and then asks if she can hug me.

I slide my body across the floor in a diagonal streak then move myself around and under and on top of a bench. My ribcage feels pressure more than any other part of me.

[1] Over the years I’ve had mentors who’ve advised on relationships to audiences. Here are a few that I have kept around and continue to think about.

Olive BieringaFebruary 8, 2023
BlogPress for a collection of fluid spaces