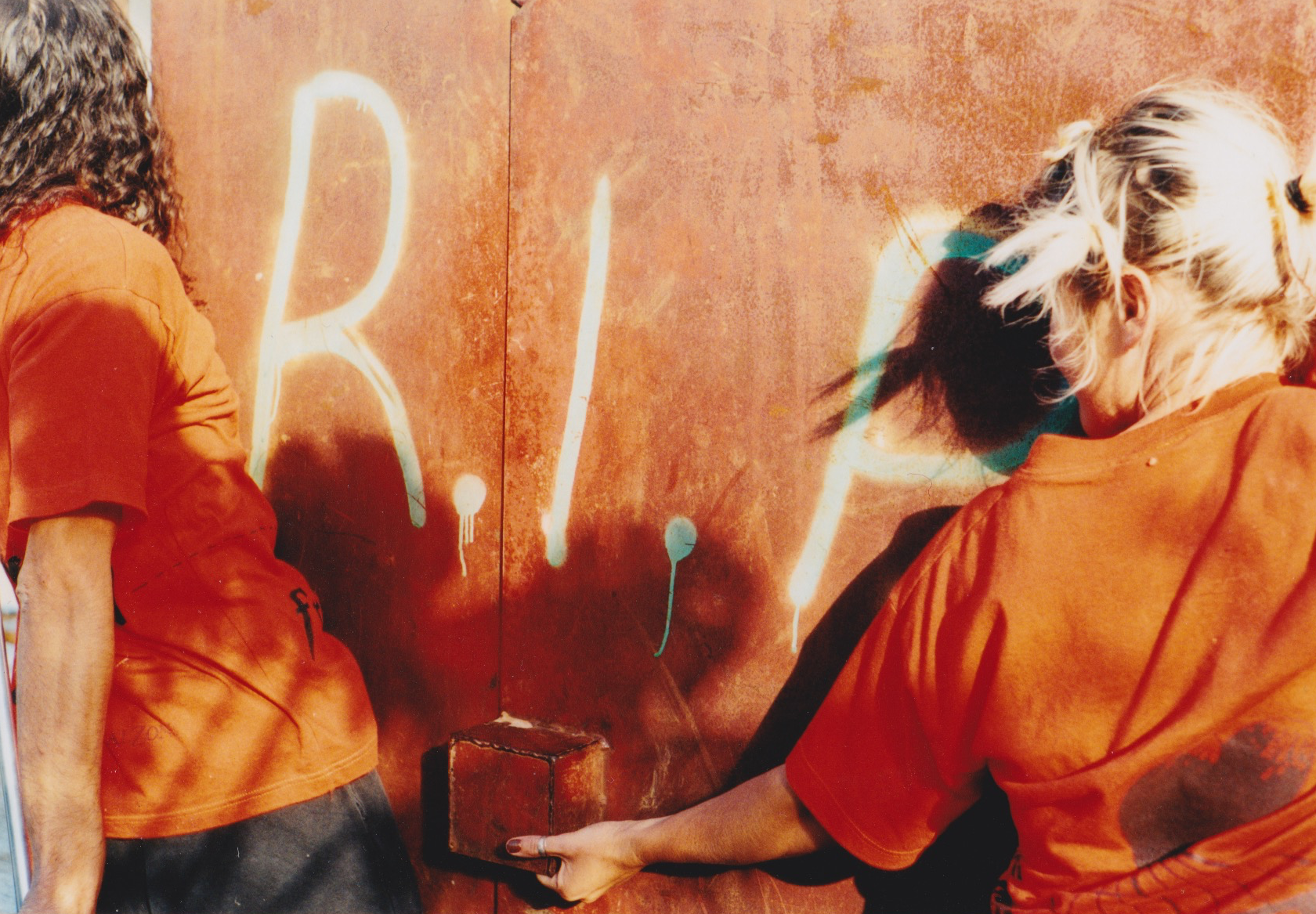 Mount Victoria to Civic Center
Wellington, New Zealand
Overseeing everywhere we had been so far.

Karen Daly (OR, USA), after one month of dancing through out the public spaces of Wellington, that when she reached the top of the mountain at dawn and looked out at a 360 degree view of the city, said she had a sense of “actually having the city mapped in my body” and was “wanting to leave a shadow, a mark of my body there”.

Sixteen performers gathered at dawn to salute the sun, sea, mountains and air in every direction. Facing east beginning salutations, flocking, and each getting what we needed. Early morning air and light. Once again I am official time keeper …sometimes the only score we have. Journey down the road toward the ocean. 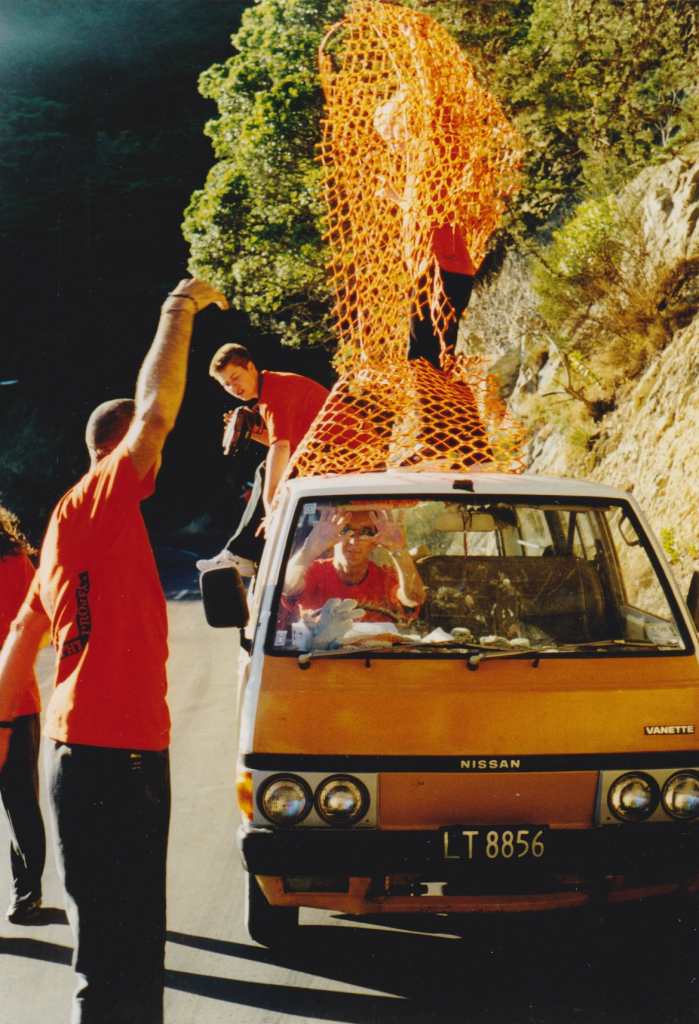 Palliser road, early morning traffic, walking, dancing, rolling in wheelchairs or vans. Flag flying as we descended in silence. Walking backwards with aluminium poles chiming as they hit the cement, orange tee-shirts aglow, yes we are street workers healing the wounds inflicted by “progress”, being present with what is here now, conscious, still too fast to suck it all in. 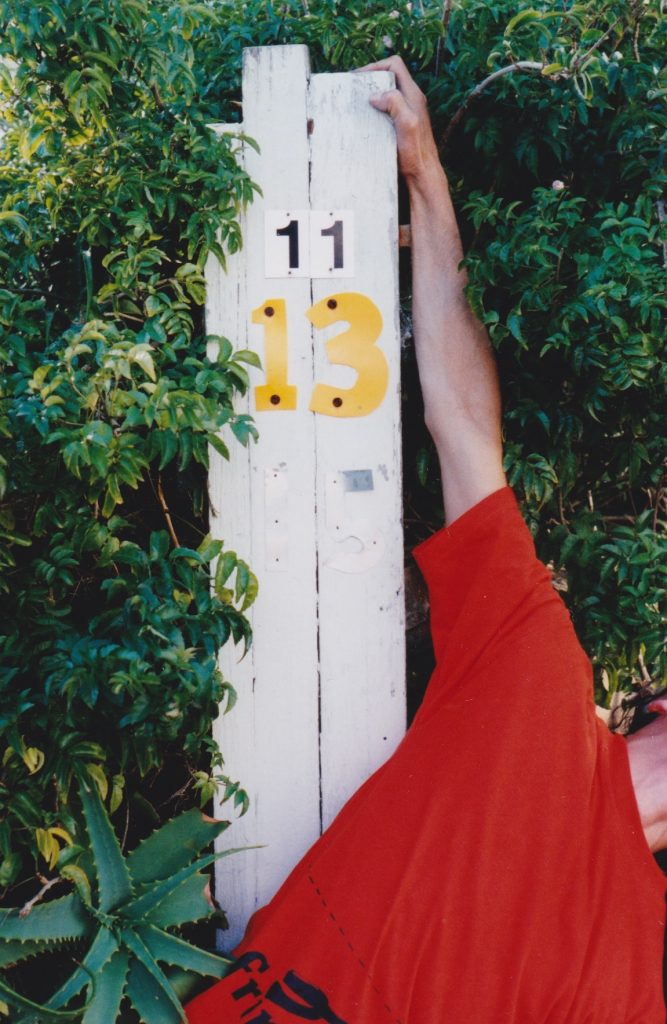 Clyde Quay School….two hundred kids to dance with! Fire. A percussion class to assist our chaos version of the Tuning Score. One boy amidst the rabble, a born improviser, noticed by several of the orange tee-shirted ones. 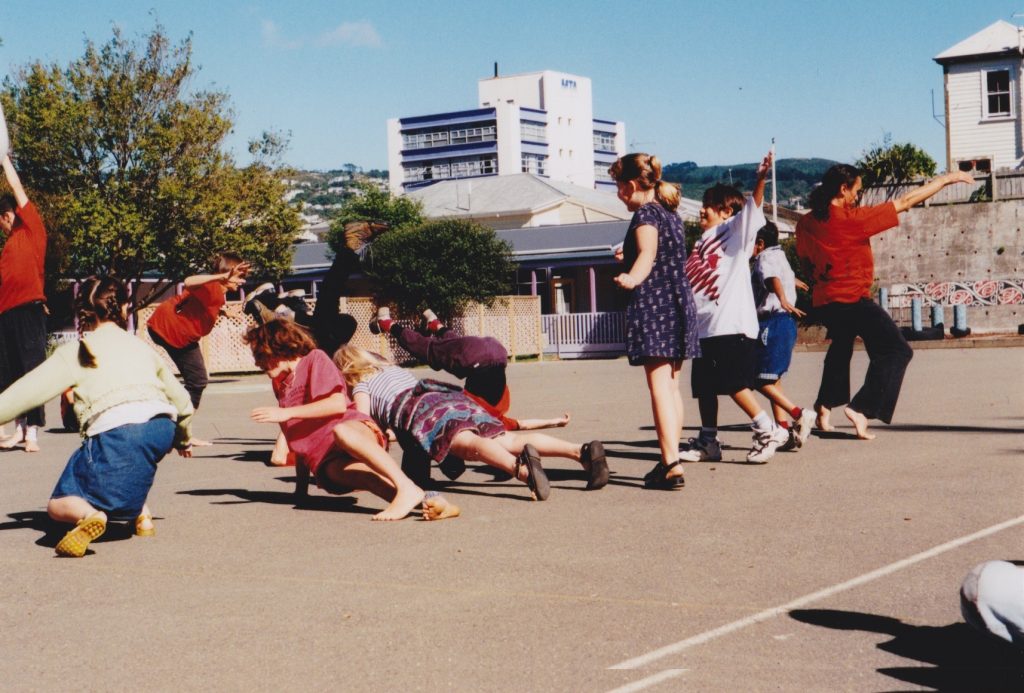 Down to the water, the seaward side of Te Papa, New Zealand’s new national museum to play Karen Nelson’s jumper catcher score on the bouncy new rolled grass. Earth, the pyramid at the overbridge to Civic Square touching down, final group stillness. Sorry to the man at the Evening Post who showed up at twelve in Civic Square. We were dancing for  six hours from the top of the mountain down to the sea and city. 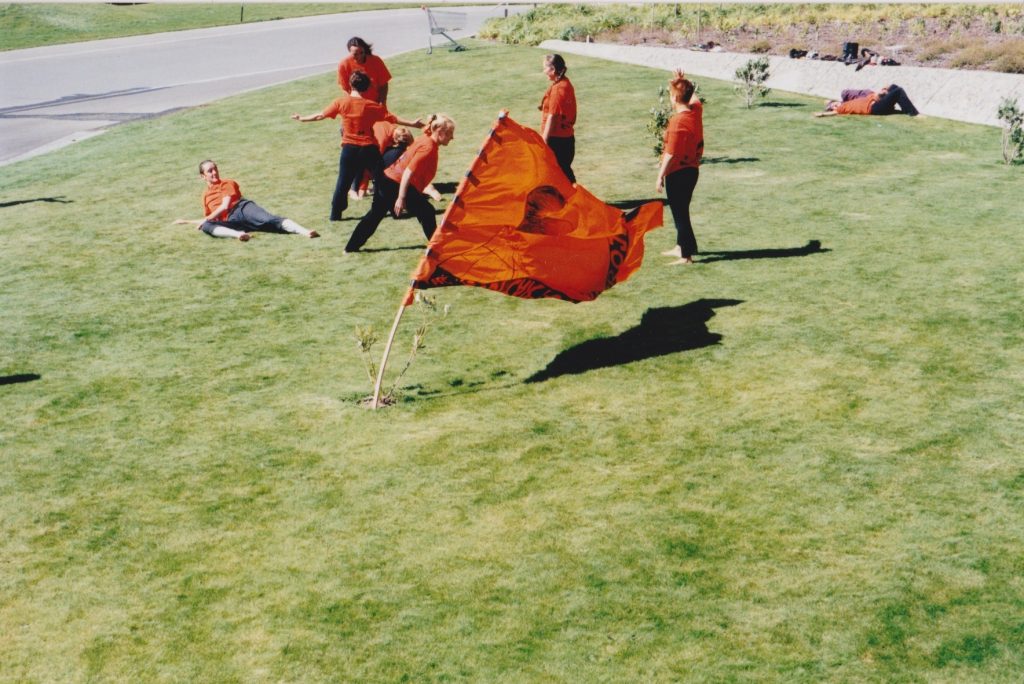 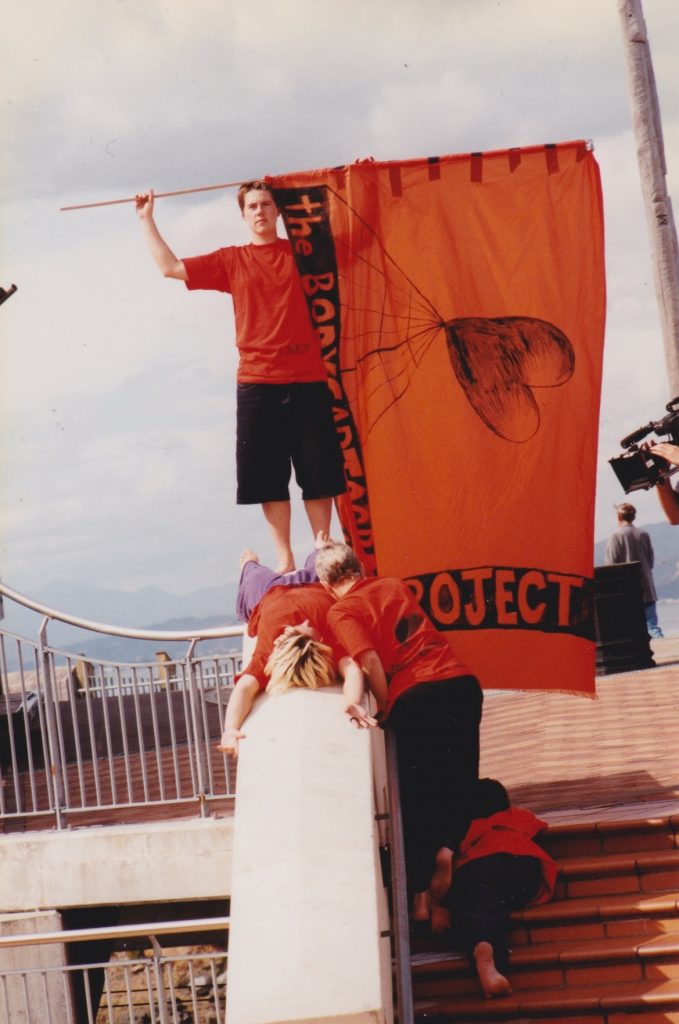