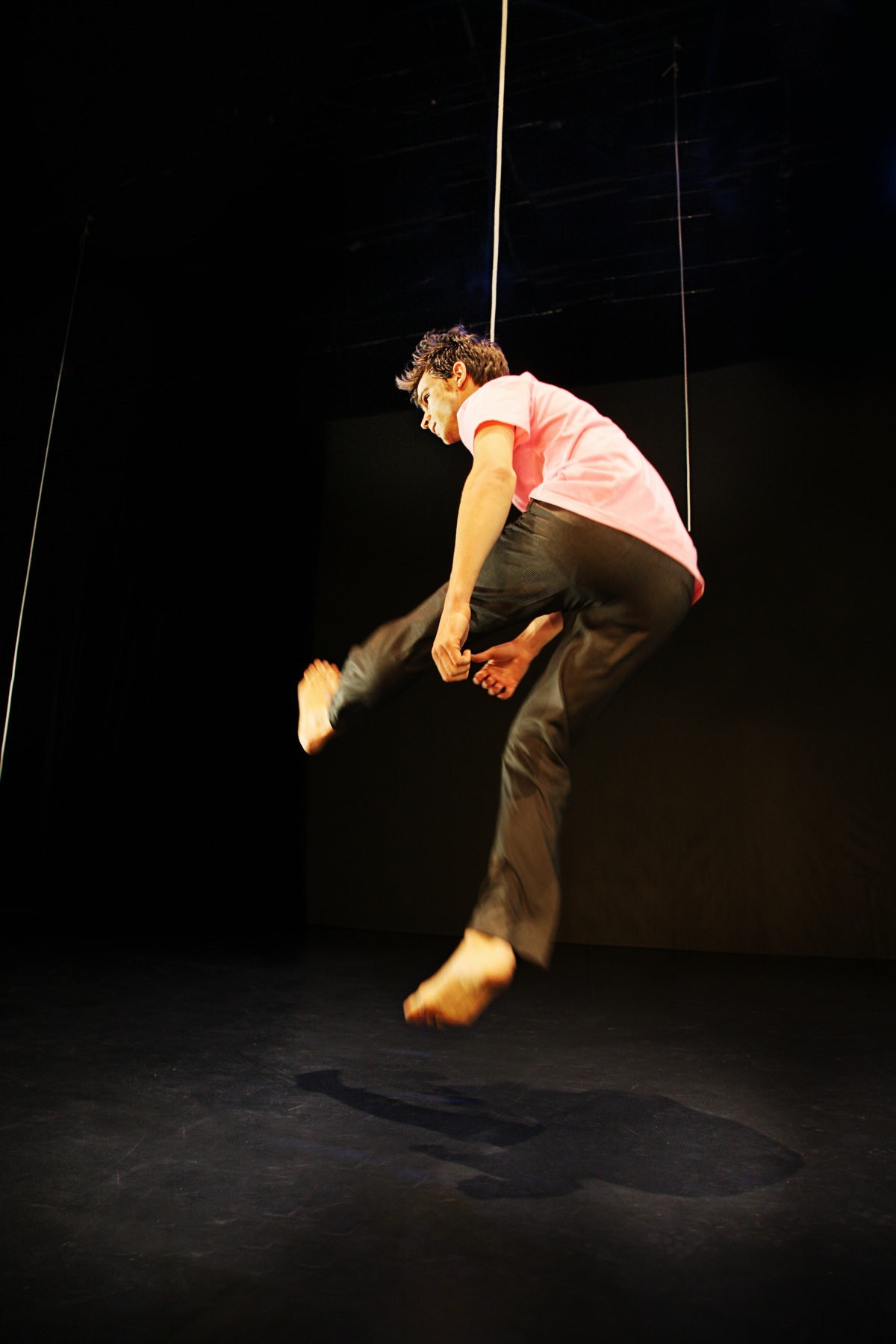 Playing in between scientific observer and empathetic participant, Ramstad teases out distinctions between THE nervous system and HIS nervous system. He is researching how the nervous system spreads a net of attention throughout the body, physically touches all of its substance, and functions as an aggregate of processes. Hello Nervous System is not an anatomical study, but the insistent position that the dancer you see in front of you is first and foremost a person.

“…Otto Ramstad, who is a specialist in the method Body-Mind Centering, explores how the nervous system spreads a web of attention through the body. He continually creates new absurd movements in each body part.”    Vibeke Wern, Berlingske.dk, 27th of April 2009

“The American dancer and choreographer Otto Ramstad explores the nervous system in an installation with white threads hanging from the ceiling. Nerve fibres, maybe? In Hello Nervous System, Ramstad allows his audience to sense how the nervous system is a meeting point for and affects the whole body. The fine web of the nervous system is mimed in his body’s quivering movements. All the way to the extreme ends of the fingers and feet that suddenly dance their own dance. Exactly as in the introductory home video with a little boy whose feet move unstoppably around the porch floor. The electro-musical universe that runs through the performance sounds like an automatic pump, a hydraulic system that mimes the nervous system as a process that works and is spread throughout the whole body. Even the fine nerve fibres of the face are presented, when Ramstad pulls his t-shirt over his head. So the outlines of his face are vaguely visible under the textile.”       Mette Garfield, Terpischore, 27th of April 2009 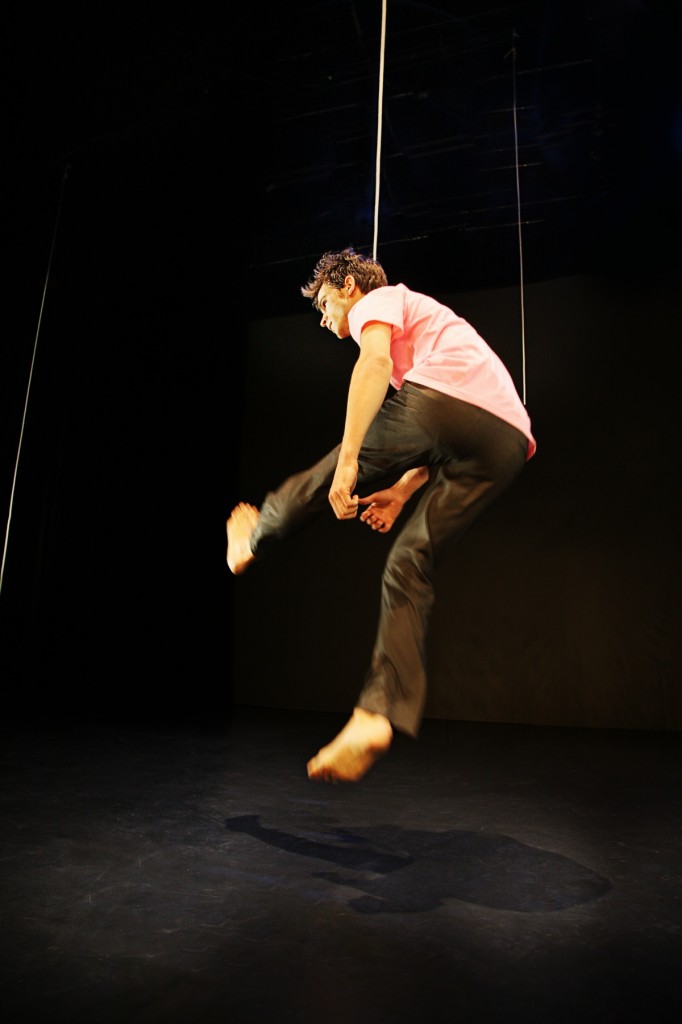 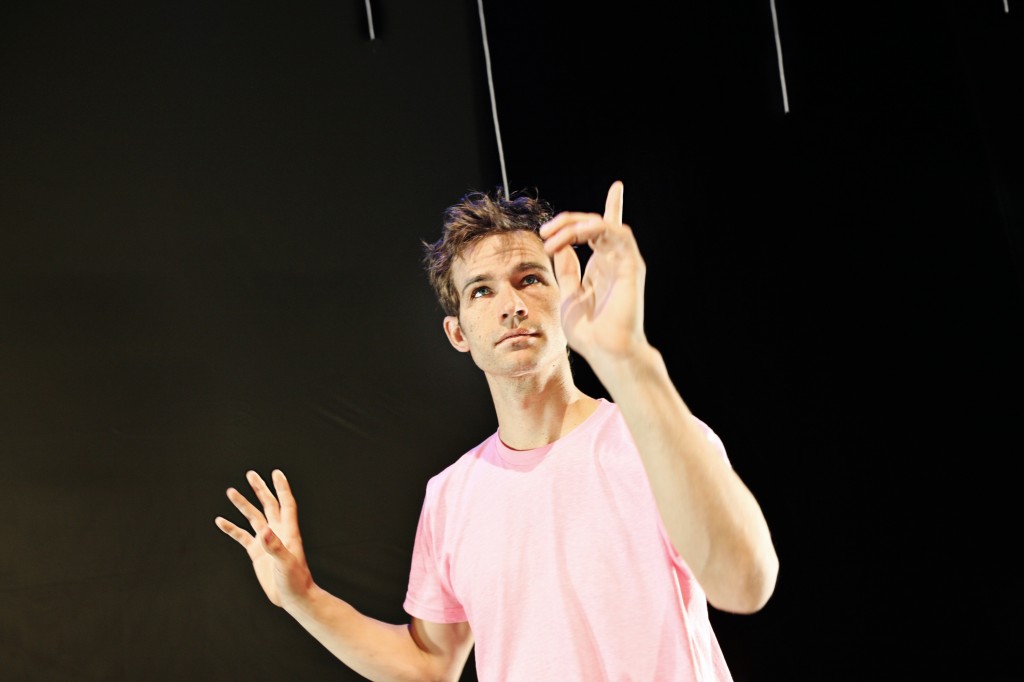 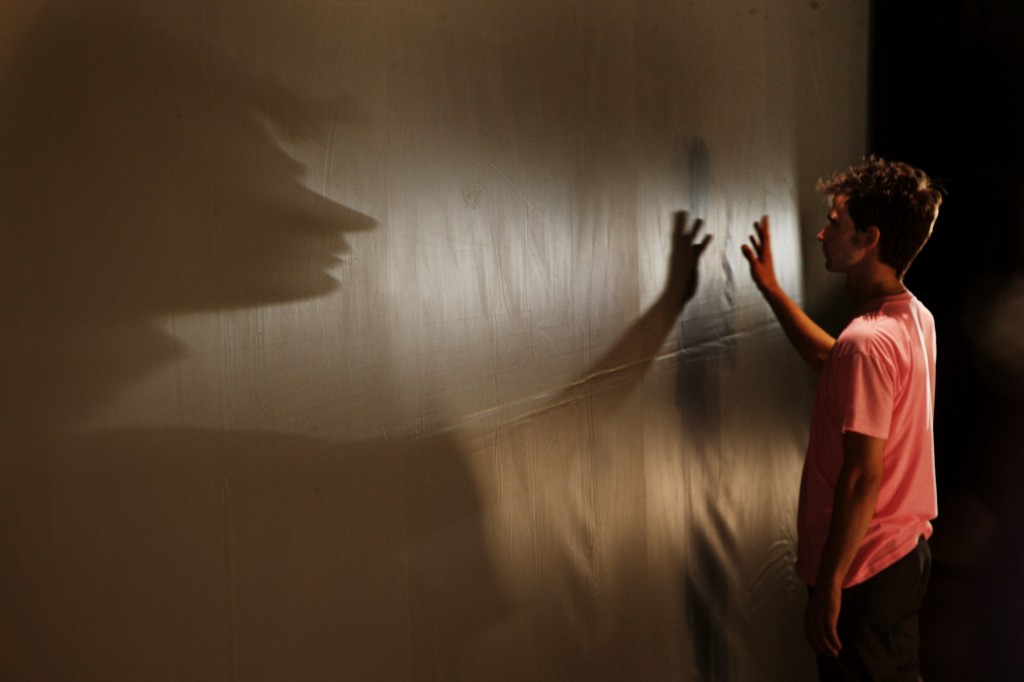