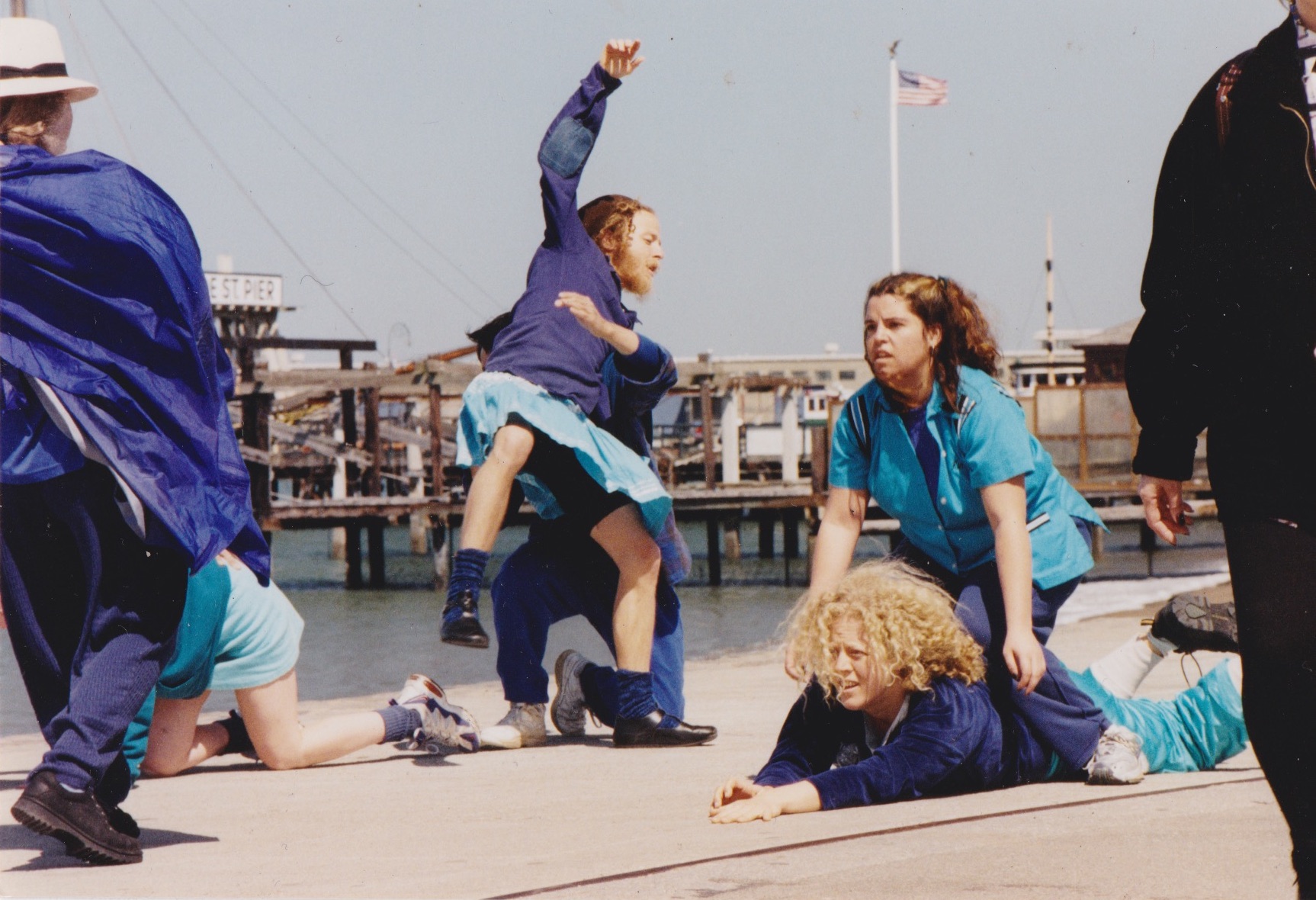 March 28th 1998
near Fishermans Wharf
Bay Area, CA
Our first big San Francisco event with over thirty five performers showing up through out the day. We began the day dressed in blue and ended in orange as the sun began to set.

These scores were crafted by Samantha Beers and Olive Bieringa. We began the day dressed in blue with a general procession around the promenade. Just as we began a marching band dressed in green began to play on a nearby grassy area, providing our soundscape with the calling of the gulls and breaking of the waves on the shore. The score was to survey our environment including the people in it, play and travel together as a group along the waterfront above the beach. It was a slow and rich going journey. Tom Sepe acted as a bridge to the public handing out information, answering questions and taking photos.

The second score was a series of duets on the beach. Each duet stood belly to back facing out towards the ocean, connected at the center like a sea creature, responding to the sea in front of us, the rising sun and the day ahead, together.

The third was an exhilarating sea anemone dance down the length of the pier. Thirty minutes of high energy dancing, connected as one moving mass. Bodies chewy, fluid, flying, full and present with one another. The cement became soft. The wind blustering around us like an exhilarating buffer zone between this moment and the rest of our lives. An incredible sense of the air in our expanded lungs filled us as we stood at the end of the pier and laughed with delight.

Our final set was on the cement grandstand steps over looking the bay. We worked with the solo replay score, where one person enters with a one minute solo and then anyone can enter and replay the solo together as a group. This evolved into a group “Tuning” where we added more calls such as “hold, repeat, play, reverse” as we took turns to enter and exit and dance together as group…dressed in orange in the late afternoon light. 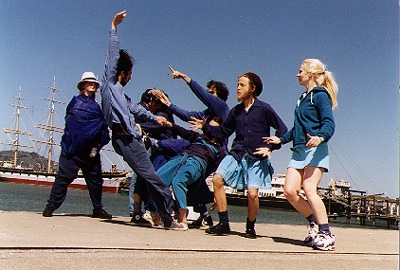