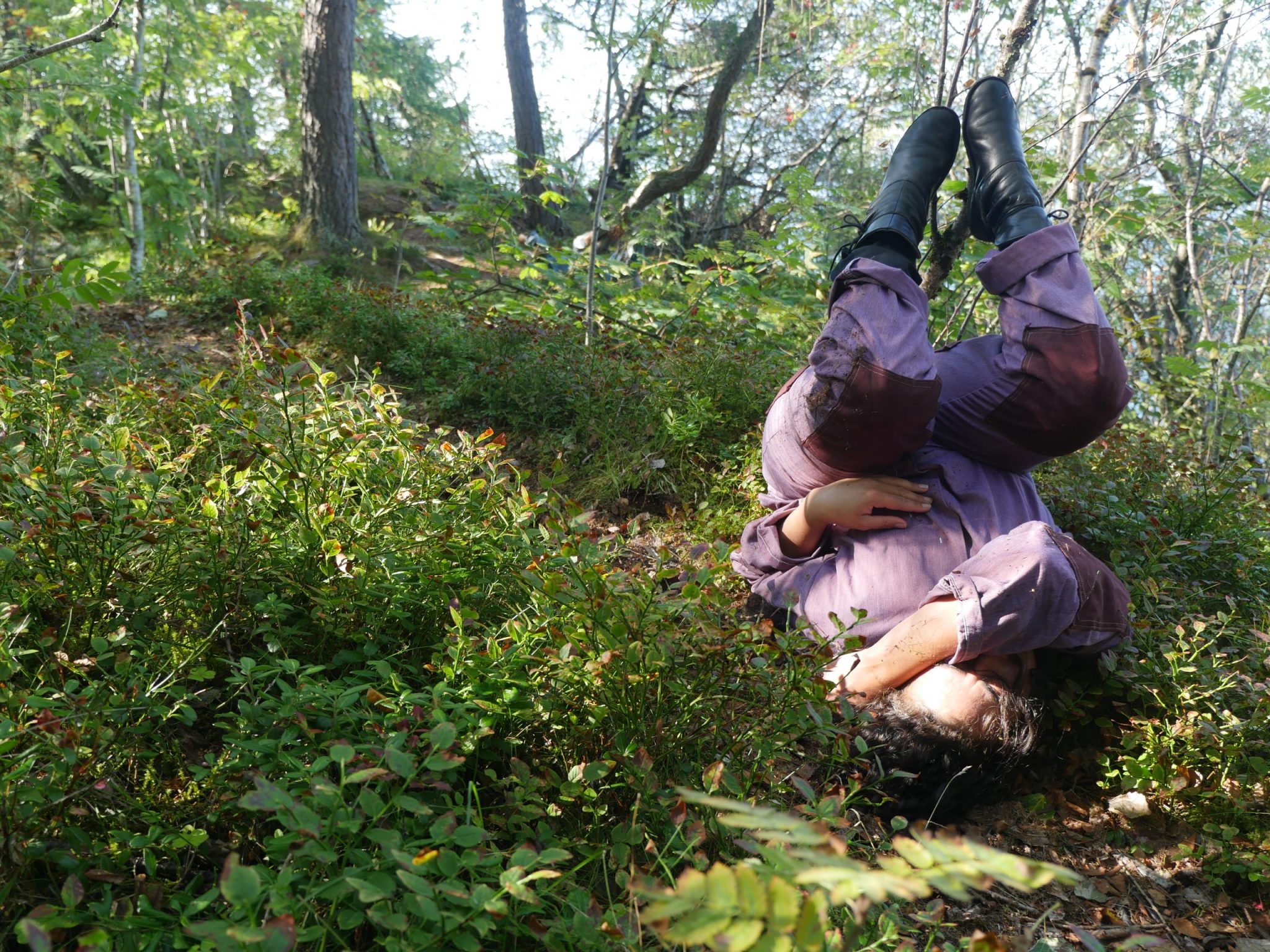 Sigrid Marie Kittelsaa Vesaas is a creative and performing dance artist educated from the School of Contemporary Dance. Works with free lance in collaboration with other artists. Collaboration with other artists such as Goro Tronsmo, Caroline W. Nesse, Lundahl & Seitl, Wee Scavetta / Kipperberg, Marie Nikazm Bakken / Fredrik Floen, and Maja Roel. Shown own work among others during Ravnedans / Kristiansand with Heidi Jessen, CODAfringe / Oslo art gallery with Marte Reithaug and Ann-Christin Kongsness, Henie-Onstad art center with Ny Høvik Ballet, and shows the dance film STRIM at home and abroad, collaboration with film artist. Alexander Johan Andreassen. STRIM won the Gold Chair in Grimstad in 2017. Current collaboration with Signe-Hilde Jørgensen on dance with Parkinson’s, and dances in a preliminary project with Tone Martine Kittelsen.

Maria Lothe is a dance artist, working as a mover, maker and producer in Norway and England. She has a two year degree from Skolen for samtidsdans (The School for New Dance) in Oslo and a BA (Hons) in Contemporary Dance from Trinity Laban Conservatoire of Music and Dance. She is also a certified yoga teacher in Ashtanga Yoga and Yin Yoga. As a performer, Maria has been working within dance, theatre and performance art, with companies/artists such as Martin Creed, What’s Coming out of the Box, BitterSuite Company, Livia Rita and the Bicycle Ballet Company, and performed in venues such as The Twist Museum, The Royal Opera House London, Rich Mix, Roundhouse, Royal Academy of the Arts, Whitechapel Gallery and has toured across the UK. She has also been a member of Backspace Collective. Both as a mover and a maker, Maria is amongst others interested in interdisciplinary collaborations, site specific work and sensory/interactive work. Her work often involves questions around climate change and our relationship to nature. Her work has been shown in venues such as The Place, Chisenhale Dance Space, Turner Contemporary, Ugly Duck, Røros Museet, Galleri TM51, Ælvespeilet, Norsk Skogmuseum and Musea i Nord-Østerdalen. Maria has recently been involved with Extinction Rebellion, where she facilitates movement classes for the performance group “Red Rebels”, as well as being an internal coordinator for the Artivism group. She is also a board member of SIB Dance Lab, PRAXIS Oslo and a former producer for DansINN. www.marialothe.com

Hanna Filomen Mjåvatn works as a freelance performing artist, currently for gender house festival, bora bora with artists Linn and Tone Lorentzen, her own production shifting modes with Sverigjes Konstforeningar, and for Runa Carlsen at OsloKunstforening. She finished her master in Performance at the Norwegian Theater Academy in 2020. She has also worked as a co-creative performer and maker for several artists such as Erikk Mckenzie, Mia Habib, Elle Sofe Henriksen, the organisation TekstLab and dans 5.

Ornilia Ubisse born and raised in Mozambique where she studied dance at the Escola Nacional de Danca and worked as a dancer and dance teacher. She has a BA in dance with specialization in modern and contemporary dance from the Norwegian Academy of Dance with an Erasmus in Austria, at Anton Bruckner Private University (2017). As a performer, Ubisse has been on tours, productions and collaborations with choreographers such as Editta Braun, Shanti Bramachari, Cecilie Steen, Mia Habib, Hallgrim Hansegård, Bawren Tavaziva, Francesco Scavetta, Tendai Makurumbandi, De Naive and Roza Moshtaghi. She has been on school tours and DKS with Nutopia, Frikar X and TekstLab with various productions. As a TekstLab Incubator participant, she has choreographed and performanced “Rua 57” and “Chaos in the Box”. Ubisse established Kronos Dance Company and has choreographed “Memories from Nowhere”, “Motherland” and is now working on the company’s third production – “Ecstasy”.

Kristina Gjems is a graduate of the London Contemporary Dance School and has worked as a dancer and choreographer since 1984. Her work used both stage and site-specific productions, as well as dance films. She has practiced and taught T’ai Chi for many years, which has a great influence on her artistic work. Much of her practice takes place in nature and experiences of the connection between body, movement, elements and surroundings are strongly present in work.

Nina Wollny studied contemporary dance at the Rotterdam Dance Academy, Codarts, in the Netherlands. After her graduation in 2002 she joined the company anoukvandijkdc and has worked there as dancer, rehearsal director and artistic assistant for more than 10 years. She performed in most of Anouk van Dijk’s works during that time, including the collaborations with director and playwright Falk Richter and Anouk van Dijk’s first work as director of Chunky Move in Melbourne, Australia. Since 2012, Wollny is performing and collaborating regularly with German choreographer Jenny Beyer at Kampnagel in Hamburg, Germany. And since 2016 she is working with Mia Habib Productions and has been featured in the works …a song to, All-a physical poem of protest and How to die-Inopiné.

Oliver Connew is a choreographer, dancer, occasional writer and a sound enthusiast among other things. He is a classical ballet graduate of the New Zealand School of Dance, and has a contemporary dance degree from Unitec Auckland. Since 2013 Oliver has worked as a dancer and performer with Peter Pleyer, Body Cartography, Wilhelm Groener, Joshua Rutter and Julian Weber among others. He is a member of the Berlin-based dance company “Cranky Bodies a/company”. In 2021 he completed the two-year Master Exerce programme at the Centre Chorégraphique National Montpellier, France. Oliver’s own recent choreographic project, Being(s)(a)part, is a multi-entity collaboration in which dance, sound, language and voice form techniques that work to unsettle culturally-conditioned separations between earthly creatures and phenomena of all kinds.

Laressa Dickey’s artistic work lands in the fields of writing, movement/performance, and bodywork. She has published four books of poems including Bottomland, Roam, Twang, and Syncopations, as well as several chapbooks including A Piece of Information About His Invisibility. Together with sound artist Andrea Steves, Dickey published RADIO GRAVEYARD ORBIT (Sming Sming), a speculative artist’s book about space junk. Her collaborative multi-media installation with Ali Gharavi, How to Pass Time with No Reference, was included in the Bergen Assembly 2019 and re-imagined in Württembergischer Kunstverein Stuttgart in Techniques of Becoming in 2021. Along with Magdalena Freudenschuss, she was commissioned by Bergen Assembly to create a series of feminist essays entitled: Re:assembling Emotional Labor: On the Politics of Care. Her latest performance research has been supported by Kone Foundation’s Saari Residence, and is an ongoing artistic investigation in embryological time—using embryological theory (Blechschmidt) as a departure point for thinking about time, the development of form, formation—through the lens of movement, and is the basis for a future performance work entitled Timebody. She’s a MA candidate (2023) in New Performative Practices, Dept of Dance, Stockholm University of the Arts.

Daniel Jeremiah Persson is a Swedish-Korean dancer and choreographer based in Malmö, Sweden since 2018, holding a BA (Honors) Degree from London Contemporary Dance School (2011-2014). Daniel has performed in numerous works, touring nationally and internationally, spanning from site-specific performances (Tate Modern, British Museum, Statens Museum fur Kunst, Kivik Art Center, etc.) to blackbox dancetheatre pieces (MDT, Palladium, Robin Howard Dance Theatre, etc.). He has worked for choreographers/companies such as: MYKA, Bobbi Lo Produktion, ENT, Khamlane Halsackda & Maria Stamenkovic Herranz, Joan Jonas, AdeY, Charlotte Østergaard, KASPERSOPHIE (& Martin Forsberg), Gracefool Collective and more. As a choreographer, Daniel led the cross-disciplinary company Humanah Productions between 2014-2017 in which he created works that toured the UK. Since 2018, he has choreographed work in collaboration with other artists which has been presented in Greece, South Korea, Luxemburg and Sweden. In his work he explore themes on gender- and intercultural identity with a focus on all moving in greyzones/in-betweeness. The pieces are often crafted through the use of costume-, set- and lighting design and text in symbiosis with dance/movement.

Kristine Gjems is a costume designer based in Oslo, educated at the National Academies of Arts in Bergen and Oslo. She has been designing costumes, masks and scenography for theatre and dance over the last ten years. www.kristinegjems.com 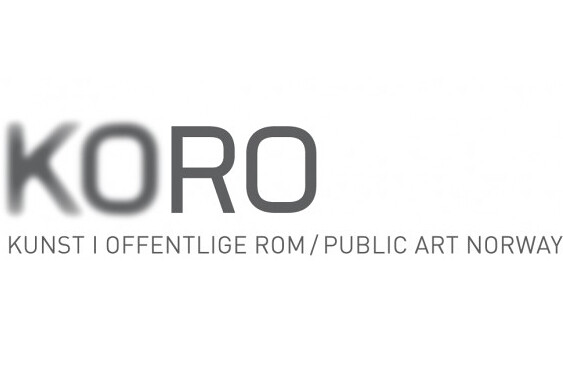