Home » Though I Destroyed My Body Doing It 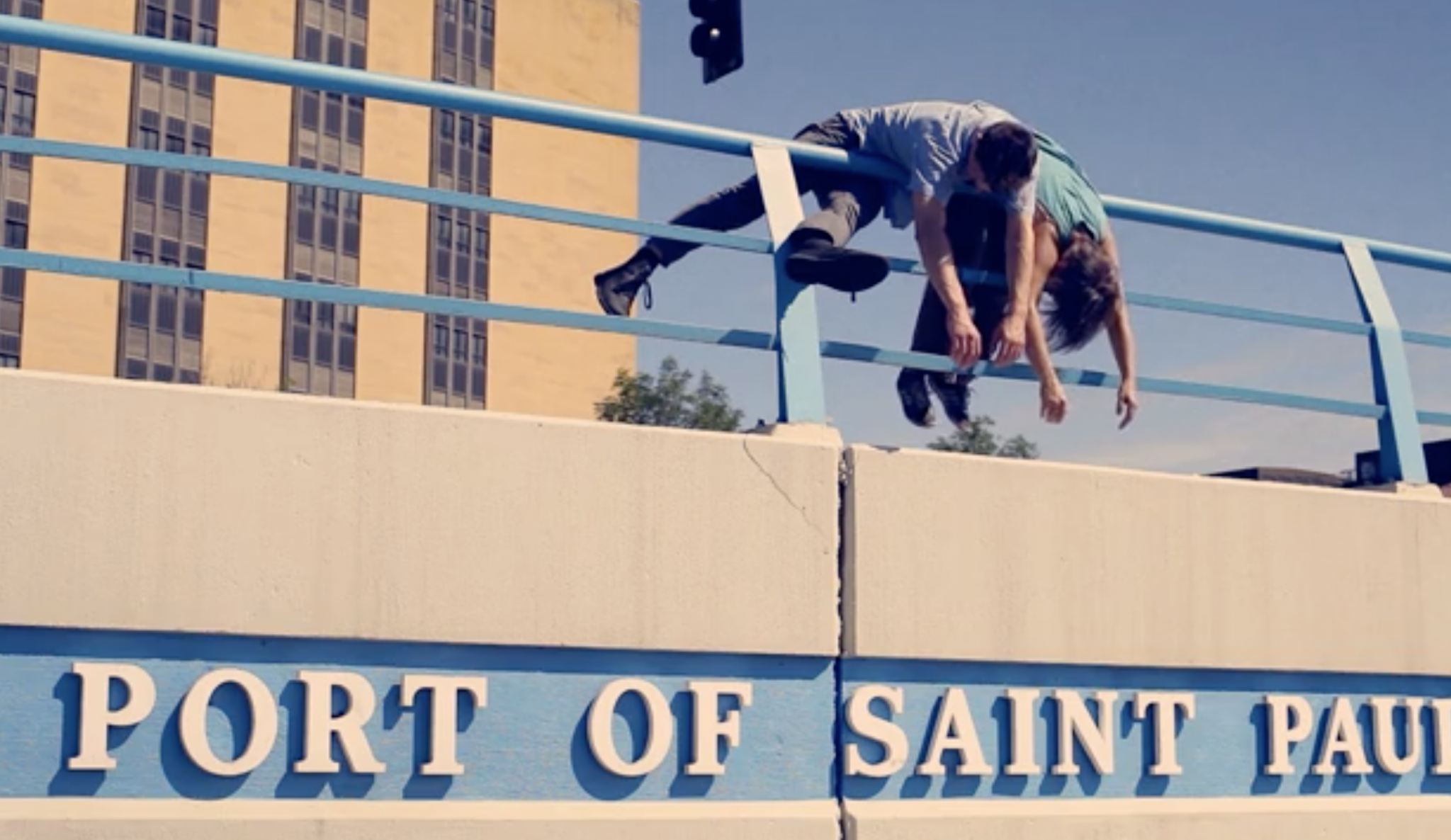 Kevin O’ Rourke is a Minneapolis-based poet and former barge hand who spent many years working barges and tow boats on the Mississippi. His poems beautifully capture the life of the men and women of the working river. In this video, we asked Kevin to record a reading of his poem, “Though I Destroyed My Body Doing It” – he also offered to play guitar. When we were unable to get aboard a tow boat to film working crews, we enlisted the artists of BodyCartography Project to interpret the poem through movement in the Saint Paul harbor. Directed by Colin Kloecker and Shanai Matteson (Works Progress Studio) this film was originally broadcast on Twin Cities Public Television’s new TV Takeover program. It’s also part of a new multimedia storytelling project Works Progress is developing called Dear River, a collective love letter to the Mississippi.