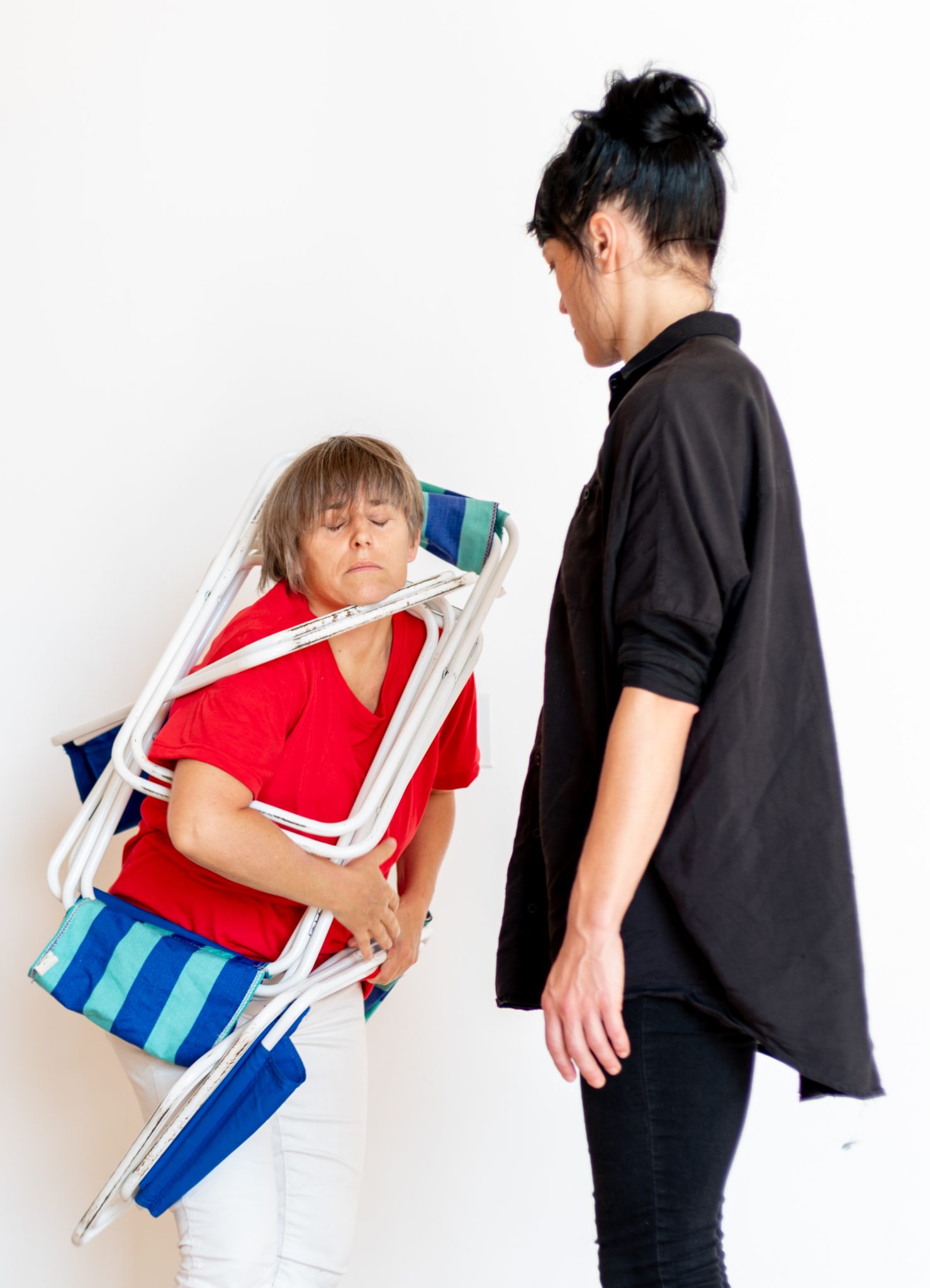 Olive Bieringa is a maker, performer, somatic movement therapist and cultural producer originally from Aotearoa/New Zealand, currently living in Oslo. She trained with Judson Church choreographers at the European Dance Development Center in the Netherlands and has an MFA in Performance and New Media from Long Island University, New York. She is certified teacher and practitioner of Body-Mind Centering®. She has collaborated with numerous artists and has studied extensively and/or performed in the work of Eva Karczag, Lisa Nelson, Benoit Lachambre, Deborah Hay, Jennifer Monson and Steve Paxton, and Bonnie Bainbridge Cohen.

She has been collaborating with Otto Ramstad as the BodyCartography Project since 1998. The mission of BodyCartography Project is to engage with the vital materiality of our bodies to create live performance that facilitates a re-enchantment of embodiment, relationship, and presence. They create dance in urban, domestic, wild, and social landscapes. Their work is rooted in experimental, somatic, and socially engaged practices. Over the past twenty years BodyCartography’s offerings have functioned to deepen the conversation in post-modern, experimental and somatic practice to give value to other ways of experiencing and making dance.

Olive has curated and produced many festivals including Vital Matters Dance Festival in 2016 and Future Interstates performance series at the Cowles Center for the Performing Arts in Minneapolis, SEEDS Festival at Earthdance in Massachusetts 2008-2016, and Public Art St Paul’s City Art Collaboratory from 2010-2014.

Her work is featured in many publications including the first two books about site dance internationally: Site Dance, the Lure of Alternative Spaces published by University of Florida Press and Moving Sites: Investigating Site-Specific Dance Performance published by Routledge. Extensive bibliography available on request.